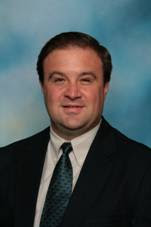 Otis Putnam is a native of Brunswick and attended North Georgia College in Dahlonega. Putnam is a Walmart employee and has been with the company for thirteen years. He served in the Army National Guard as PFC. He is descendent of Israel Putnam, a general in the Continental Army during the American Revolution and a hero of the Battle of Bunker Hill.

Putnam is a political outsider who has never held elected office. In 2006, he did serve as the Second Vice Chair of the Glynn County Republican Party. He was inspired to enter the gubernatorial race through a combination of his Christian beliefs and his desire to help put Georgians back to work and revive the economy. He bills himself as the “regular guy” in the governor race.

Following are Mr. Putnam’s positions on a variety of issues facing Georgia:

Jobs: Putnam would like to remove the unnecessary obstacles and fees that block small businesses from creating jobs.

Education: Putnam would like to put prayer back in schools. He would like to simplify regulation and reduce standardized testing. He supports programs to attract and keep quality teachers.

Transportation: Putnam would like to root out corruption in the DOT and focus on long term planning. He would ensure that DOT projects are completed on time. He would reduce congestion in Atlanta by finding an alternate route for large trucks.