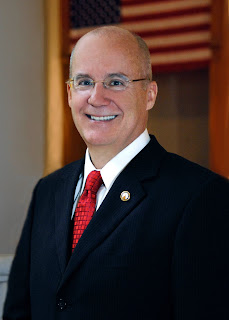 Eric Johnson is a native of Savannah. He attended college at Tulane University in New Orleans, majoring in architecture. Professionally, he was a managing partner for the architecture and engineering firm Hussey, Gay, Bell, and DeYoung in Savannah until 2004. He worked for North Point Realty, a Savannah developer, until his resignation from the senate in 2009. He then returned to HGBD where he is currently director of business development.

Johnson got his start in politics campaigning for Mack Mattingly and served as Senator Mattingly’s Regional Director from 1981 to 1983. From 1987 to 1989, Johnson served as the Chairman of Chatham County’s Republican Party. In 1992, he was elected to Georgia’s House of Representatives where he served one term. In 1994, he was elected to the Georgia state Senate. Johnson served in the senate until 2009 when he resigned to run for governor. During his time in the senate, he also chaired the state Ethics Commission.

During his time in the senate, Johnson served in several leadership positions. He became Minority Whip, the second-in-command of the minority party, in 1997. In 1999, he assumed the role of Minority Leader. When the Republicans took control of the senate, he became President Pro Tempore of the senate in 2003, a position he held until his resignation.

In 2010, when Johnson released his tax returns amid his campaign for governor (he and Roy Barnes are the only candidates to do so), it was revealed that he had failed to report more than $280,000 that his firm had earned from state contracts. Under Georgia law, he was required to report any business conducted with the state valued at more than $20,000 since he held more than 10% interest in his architecture firm at the time (http://savannahnow.com/news/2010-05-26/eric-johnson-ethics-fix).

In total, Johnson’s firm earned more than $850,000 from nine separate state contracts between 1999 and 2004. $578,953 of these revenues was reported on hi financial disclosures. One job, valued at just over $400,000 was underreported. Johnson’s disclosures show earnings of only $111,188. This was $289,375 short of the actual amount. The contract in question was for the renovation of a library at Dalton State College and was commissioned by the Georgia Financing and Investment Commission. Johnson calls the omission “inadvertent” (http://savannahnow.com/news/2010-05-26/eric-johnson-ethics-fix). 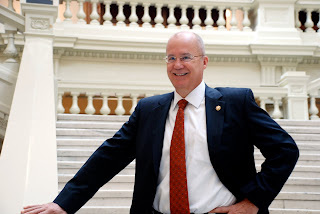 Here are Eric Johnson’s positions on some important issues of the campaign:

Taxes: Johnson would cut taxes for property owners, teachers, retirees, veterans, military personnel, farmers and small businesses. He would eliminate the sales tax on energy used in manufacturing, and favors a consumption tax such as the Fair Tax. He favors legislation to require a 2/3 majority to raise taxes and zero based budgeting. Johnson wants government to get back to the basics and privatize unnecessary services.

Jobs: Johnson favors a complete rewrite of all regulations for every state agency to eliminate needlessly burdensome and “silly” regulations. He opposes legislation like the Democratic “card check” bill that would make it easier to unionize. He would like to consolidate and streamline Georgia’s programs for business loans, grants, and tax credits to make them easier to get. He would also streamline professional licensing and expand Georgia’s Work Ready program with a Workbook internet site (modeled on Facebook) to match workers with jobs. Johnson also favors tax credits for job creation and promoting Georgia’s tourist industry. He also wants to allow a small percentage of the Employees Retirement System to be utilized for alternative investments to help provide capital to lure businesses to our state (Georgia is currently the only state to prohibit this).

Immigration: Johnson will require state agencies to enforce current Georgia law and verify citizenship status of applicants for state benefits. He would increase the per diem paid to counties to house illegal alien prisoners and require all law enforcement agencies to establish citizenship status of prisoners. He would collect citizenship data in schools, colleges, and emergency rooms, as well as holding employers responsible when they repeatedly hire illegal aliens.

Energy: Calling Georgia “the Saudi Arabia of pine trees,” Johnson supports research to use Georgia pines to replace coal in power plants and as a source of ethanol. He also supports expansion of the nuclear Plant Vogtle to help meet Georgia’s electricity needs in coming decades. He would like to open Georgia’s coastal waters to environmentally safe drilling and oil exploration.

Life: Johnson is endorsed by Georgia Right to Life.

Ethics: Johnson strongly supports transparency in government and says that there is no ethics bill to strong for him to sign. He has a record in the senate of supporting ethics reform legislation.

Marriage: Johnson helped amend Georgia’s constitution to define marriage as between a man and a woman. 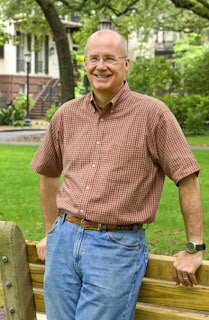 photo credit: Eric Johnson
Posted by CaptainKudzu at 9:11 AM