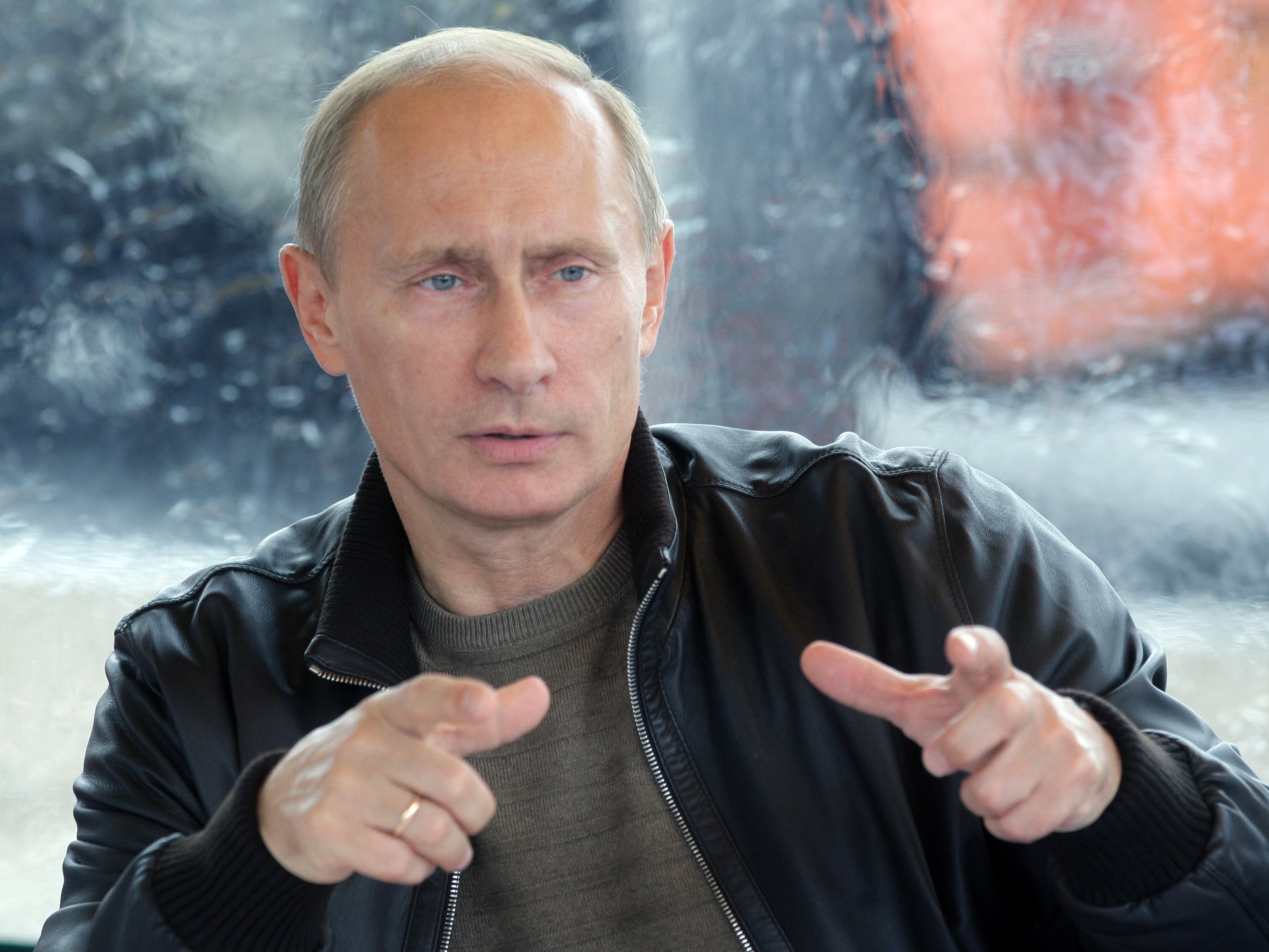 Many conservatives are applauding Russian President Vladimir Putin for his decision to intervene in the Syrian civil war. Even though the US-led coalition has been bombing ISIS for more than a year, many feel that Putin has taken a leadership role in the war in comparison to President Obama’s lackluster resolve.

A good example of the conservative applause for Putin comes from Robin McFee of Family Security Matters who applauded Putin for his “moral clarity” in pointing out the failures of the Obama Administration in the Middle East. Going even further, Walid Shoebat, a former terrorist who converted to Christianity, called Putin’s intervention in Syria “a holy war,” saying “it is the latest crusade of our time.”

“Putin is the St. Constantine of our time,” writes Shoebat, referring to the Roman emperor who stopped the persecution of Christians and legalized Christianity. “For like that priestly king of old,” he continues, “he has unsheathed the holy sword of the Church to strike down the enemies of God for the cause of humanity.”

Even Franklin Graham, son of evangelist Billy Graham and founder of Samaritan’s Purse, said, “What Russia is doing may save the lives of Christians in the Middle East.” Franklin continued, “You understand that the Syrian government for their good and for their bad over the history of this country, they have protected Christians, they have protected minorities from the Islamists.”

On American Thinker, Fay Voshell writes that the “former KGB agent is now a devout Christian whose faith informs policy” and that “Putin's religious values are rooted in Russian Orthodoxy and personal religious experiences, including his wife's car accident in 1993 and a life-threatening house fire in 1996.”

Nevertheless, Putin’s actions in the two decades since his supposed conversion more closely resemble a Machiavellian strongman than a principled Christian. In 1999, when, as prime minister of Russia, Putin sent troops into Chechnya, it was to stop “the collapse of the Soviet Union,” not to protect Christians in the mostly Muslim republic. As World Affairs notes, Putin blamed Chechen terrorists for a series of bombings in Russia, but when an unexploded bomb was found, Russian agents were revealed to be the perpetrators of the false flag attack.

Putin’s concern for the innocent was not evident in his reaction to the hostage taking at Beslan School No. 1 in North Ossetia in southern Russia in 2004. Security forces responding to the terrorist attack used flame throwers and grenade launchers when they assaulted the school according to the Moscow Times. The attack resulted in the deaths of more than 330 of the 1,200 hostages. Most of the dead were children.

Putin invaded two other countries as well. The 2008 invasion of Georgia and the 2014 invasion of Ukraine bear many similarities. In both cases, Russia used the pretext of protecting ethnic Russians to seize outlying provinces from independent nations. In both cases, Russia seems unwilling to stop with its early gains. The Guardian describes a Russian border fence around South Ossetia that grabbed additional Georgian territory overnight. Likewise, the war in Ukraine is still raging and the country is bracing for a possible full-scale invasion.

After Russian-backed rebels in Ukraine shot down an unarmed Malaysian airliner in 2014, killing 298 people, Putin was quick to blame Ukraine and has continued to use the incident for propaganda against Ukraine. In the United Nations, he has blocked attempts to create a tribunal to investigate the incident.

Putin can be accurately described as a dictator, having been the de facto ruler of Russia since 1999 when he succeeded Boris Yeltsin as president. He served two terms as president until 2008 when Russia’s term limit forced him to step aside. Undaunted, he was appointed prime minister by Dmitri Medvedev and promptly had the constitution changed. When Medvedev’s term ended, Putin was elected to a third term in 2012.

Putin’s alleged Christian convictions did not stop him from ordering the deaths and imprisonment of countless political opponents and journalists. The list of Putin’s Russian victims is long and spans 20 years, not including his time as a KGB officer. The most infamous murder was Alexander Litvinenko, a former KGB officer turned dissident. In a plot worthy of James Bond, Litvinenko was poisoned with radioactive polonium in London in 2006.

Even Putin’s alleged concerns about Islamic radicalism are suspect. Both Syria and Iran have long been client states of Putin’s Russia. Syria’s relationship with Russia goes back to the days of the Soviet Union. Unknown to many, it is Russia that is building Iran’s nuclear program that now threatens, not only Israel, but Europe and the United States as well. Likewise, Russia has supplied Iran with modern fighter aircraft as well as air defense systems that would make an attack on those nuclear facilities difficult and costly. Putin is also a major supporter of President Obama’s nuclear deal with Iran. Business Insider points out that Putin actually took credit for the deal.

Although Putin’s support for Iran predates the Syrian civil war, Russia and Iran have found common cause there as the two main supporters of the Assad regime. Bashar Assad is a Shia Muslim as are the Iranians. The opposition to Assad is primarily Sunni. Russia and Syria have had a nonaggression pact since 1950 and Russia has had military bases in Syria since 1971. Fox News reported in August that the commander of the Iranian Quds Force, designated as a terrorist by the US, secretly traveled to Russia to meet with “senior Russian leaders.”

For hundreds of years, Russian foreign policy has been built around two goals. First is the desire to build a buffer zone to protect their borders from invasion. Second is the quest for a warm water port. Many Russian ports are blocked by ice during winter. Other Russian ports are blocked by narrow straits and potentially hostile neighbors. It is likely that Putin’s venture into Syria, in addition to propping up a friendly regime, is about making sure that Russian naval power is not expelled from the Mediterranean.

Russia’s intervention might also be economic. Russia has been battered by international sanctions and low oil prices. The ruble has lost half of its value and inflation for the year is predicted to be 18 percent according to Investopedia. Russia’s imperial wars may be both a distraction from the economic mess at home and an attempt to stabilize and increase the price of oil.

At his core, Putin is an opportunist who is seeking to restore the Russian empire. He seems to take Rahm Emanuel’s advice to “never let a crisis go to waste” when he can use it to expand Russia’s borders or sphere of influence.

In short, Putin is everything that conservatives fear that Obama is. He is a dictator who changed the constitution to stay in power and doesn’t have qualms about killing people who threaten him. He is known to have used false flags to justify war against Chechnya and Ukraine and works world crises to his advantage. Putin is no hero for conservatives.

Originally published on Conservative Firing Line
Posted by CaptainKudzu at 12:05 PM No comments: