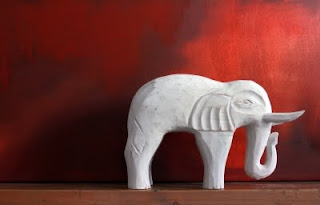 Karen Handel is a native of Washington, DC and grew up in Maryland. According to her website, she left home at 17 due to a “deteriorating family situation.” She was able to finish high school and began taking college courses at night while working for Hallmark Cards.

She worked as Deputy Chief of Staff to Vice President Dan Quayle’s wife, Marilyn, during the first Bush Administration. While working for Mrs. Quayle, she was involved in the breast cancer awareness campaign that ultimately became the Susan G. Komen “Race for the Cure.” Later, she held executive positions at Ciba Vision and KPMG, an international accounting firm. She also led the Greater Fulton County Chamber of Commerce during a period when an employee had recently embezzled all but $10 from the organization. Handel led the group through troubled times and back to solvency.

In 2002, she returned to politics as Chief of Staff for Governor Sonny Perdue. In 2003, she was asked to run as a Republican in a special election for Chairman of the Fulton County Board of Commissioners. She won handily, even though Atlanta is heavily Democratic, after campaigning on property tax and ethics reform. She inherited a $100 million deficit, but was able to balance the budget without raising taxes thanks to sharp spending cuts. She also passed one of the strongest ethics laws in Georgia. Her ethics reforms eventually led to dismissal of Fulton County Sheriff Jackie Barrett on corruption charges.

In 2006, Handel was elected Secretary of State. Her duties in that office included overseeing elections and professional licensing boards. She also formed an office to combat election and consumer fraud. Handel also launched a Transparency in Government initiative which shows state spending data on the Secretary of State website, along with Handel’s political and financial disclosures.

As Secretary of State, Handel was at the center of Georgia’s voter ID controversy. In 2005, Georgia passed a law requiring voters to show photo identification at their polling place. The law was challenged as unconstitutional, but was ultimately upheld. The Supreme Court upheld a similar Indiana law.

In 2009, Handel also made news when her biographical entry on Wikipedia was altered to claim that she did not have a high school diploma, but had received a GED. She actually does have a high school diploma. One of her supporters, Erick Erickson, blogger on peachpundit.com, claimed that the alteration was traced to a state computer in a building where John Oxendine’s staffers have offices. Erickson also says that the same computer was used to make positive changes to Oxendine’s Wikipedia entry. The Oxendine campaign denies any role in the affair.

Handel made a controversial stand at the Republican debate in April 2010. At the end of the debate, she stated that she would not appear with fellow candidate Ray McBerry again. Her statement included an indirect reference to accusations that McBerry had an inappropriate relationship with female student (http://www.examiner.com/examiner/x-34858-Carroll-County-Elections-2010-Examiner~y2010m6d8-Candidate-Profile-Ray-McBerry-for-Governor). She was the only candidate to take such a stand.

An astute reader pointed out that I had missed something about Karen Handel when I first posted this profile. There have been claims that Handel was a dues-paying member of the Log Cabin Republicans from 2002 through 2004. This was presumably to become more friendly to gay voters in the Atlanta area. Handel denies the claim, but politifact.com rates it as being probably true (http://www.politifact.com/georgia/statements/2010/jun/16/karen-handel/did-handel-ever-joing-log-cabin-republicans/).


Handel resigned her position as Secretary of State in January 2010 in order to campaign for governor.

Here are her positions on some important issues:

Education: Handel wants to coordinate programs with teachers, parents and community leaders to cut the drop-out rate. She wants to expand the number of charter schools and make sure that children graduate with the knowledge and skills to succeed in college or in the workplace.

Transportation: Handel favors a comprehensive, rather than regional, approach to transportation funding.

Life: Handel believes in the sanctity of life. She opposes embryonic stem cell research and abortion. She is the only major Republican candidate not receive an endorsement from Georgia Right to Life because she supports an exception that would allow abortion in cases of rape, incest, or when the mother’s life is threatened.

Marriage: Handel believes that marriage is between a man and a woman only.

Gun Rights: Handel is a supporter of individual second amendment rights. She opposes further bans on “assault weapons” and supports the right of law-abiding citizens to carry a concealed weapon.

Taxes: Handel believes that high tax rates, whether on citizens or businesses, inhibit job creation and economic growth. She would like to review Georgia’s entire tax code and enact comprehensive reform (to include income, property, business and corporate taxes). Handel is a supporter of the Fair Tax.

Immigration: Handel believes that we should welcome legal immigrants. She believes that it is the federal government’s job to protect the borders, but that due to federal inaction the states must “fill the void.” As Secretary of State, she enacted a program to verify immigration status of applicants for professional licenses.

If she is elected, Karen Handel would be Georgia’s first female governor.