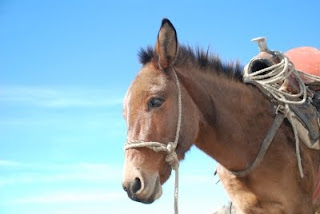 DuBose Porter is a native of Dublin, Georgia. He received an undergraduate degree in English from Davidson College in North Carolina. After graduation, Porter interned in Washington, DC for Senator Sam Nunn. This inspired him to get a law degree and enter public service. He earned a juris doctor degree from Cumberland Law School at Birmingham’s Samford University in 1979.

After earning his law degree, Porter practiced law in Dublin before purchasing and becoming editor of a newspaper, the Dublin Courier Herald in 1987. Since then, the Courier Herald’s publishing company, of which Porter is Chairman of the Board, has purchased nine other small town newspapers. Porter is business manager for the newspapers as well as serving on the board of the Bank of Dudley.

Porter’s political career began with a run for the Georgia House of Representatives in 1982 at the age of 28. Porter served as Floor Leader for Gov. Zell Miller from 1991-1992. He was elected Speaker Pro Tempore of the house in 2003 and leader of the House Democratic Caucus in 2005. He currently serves on the House Agriculture and Consumer Affairs, Appropriations, and Ethics Committees. In the past, he chaired both the Education and Higher Education committees. Presently, Porter is minority leader in the Georgia House of Representatives.

Following are Representative Porter’s positions on some important issues facing our state:

Education: Porter believes that a well-educated work force is vital for Georgia’s future economy. He supports using technology to facilitate teaching and giving more power to teachers. He would strengthen Georgia’s colleges and universities. Porter wants teachers and the state to work with parents. He opposes school vouchers.

Transportation: Porter would like to use some sales tax revenues to leverage federal transportation money. Porter believes that a multi-nodal mass transit (high speed rail) system would be a solution to gridlock. He also wants to upgrade and repair Georgia’s roads.

Crime: Porter believes that education is an answer to the crime problem.

Life: Porter says that he is pro-life, but believes that abortion should be legal in cases of rape, incest, or when the life of the mother is at stake. He believes that the abortion issue should be decided by the courts.

Gun Rights: Porter is a gun owner and supporter of the second amendment. His publishing company also publishes hunting magazines.

Photo credit: Juan Gnecco
http://www.freedigitalphotos.net/images/view_photog.php?photogid=135
Posted by CaptainKudzu at 6:38 AM