Election myth: Does the GOP favor a 23% sales tax? 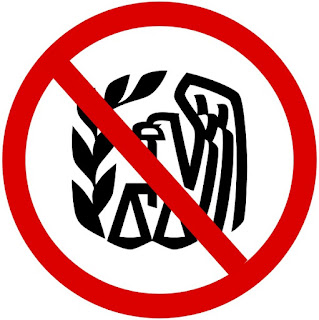 In the absence of being able to brag about their own accomplishments since 2006 when they took over Congress, the Democrats have taken to attacking their Republican opponents. When possible, these attacks focus on personal issues in an attempt to distract voters from the failures of the Democratic economic policies. When personal issues are not in evidence, there are three common charges made by Democrats (and cited by Dick Morris in a blog a few weeks ago). In my next few articles, I plan to address these charges individually.

The first common Democratic charge is that Republican candidates favor creating a new national sales tax at a 23% rate. Many Georgians will recognize the basis of this charge immediately since it is rooted in the Fair Tax proposed by Georgia congressman John Linder and radio talk show host Neal Boortz.

Because the Fair Tax taxes consumption rather than income, it encourages productivity, investment, and savings. These are positive things that the government should encourage in order to help heal the economy.

The Fair Tax would be a boon to the poor. Since only consumption is taxed, if you did not buy new goods and services you would pay no tax. There would be no tax on used items or on business-to-business sales. Additionally, each Social Security cardholder would receive a monthly “prebate” from the government that would be equivalent to the Fair Tax paid up to the poverty level. This means that earners up to the poverty level would pay no taxes. According to the schedule on the Fair Tax website, my family of two adults and two children would receive a monthly payment of $6,702 in addition to not having any federal taxes withheld from our paychecks.

The flip side to this payment is that that when we bought new (remember used items are not taxed), we would pay more at the cash register. The actual total cost of the item would likely be the same as what it is today since there would be no embedded taxes in its cost. Today’s prices include many built-in taxes from taxes on employee wages to business-to-business sales taxes. Furthermore, estimates show that the Fair Tax would be revenue neutral to government, that is, it would generate as much revenue as our current income tax system.

It is an open question whether the Fair Tax would actually work. It is a new concept that has never been tried. There are many complexities that I have not discussed here, but you can view the FAQs on Fairtax.org or read one of the Fair Tax books.

The dishonesty of the Democratic charge is self-evident. It omits so much that it is not even enough to call it a half-truth. The charge is especially hypocritical in light of the fact that only a few short months ago, the Democrats were floating the idea of imposing a European-style Value Added Tax (VAT) to help pay for their deficit spending. The VAT would have been a multilayered consumption tax that would have been levied in addition to, not in place of, a federal income tax. In essence, the Democrats were accusing Republicans of advocating a Democratic position.
Posted by CaptainKudzu at 11:38 AM