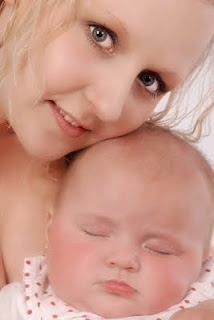 A much ballyhooed provision of Obamacare was the requirement that insurance companies immediately begin covering children with new policies regardless of pre-existing conditions. In the legislative rush after Senator Scott Brown’s election, this provision was actually left out of the bill that finally became law. Without an effective date, it looked as though the provision might not go into effect until 2014 with most of the rest of the law. In response to the Democratic legislative boo-boo, HHS Secretary Kathleen Sebelius and America’s Health Insurance Plans (AHIP) quickly agreed that insurance companies would honor the intent of the law and immediately begin to issue children’s health insurance regardless of pre-existing conditions.

Recent reports indicate that the problem still might not be solved. In a striking lesson on economic incentives and the Law of Unintended Consequences, it appears that Obamacare‘s pre-existing condition provision might actually make it more difficult for parents to find affordable health insurance for their children.

In the past, child-only health insurance policies were relatively inexpensive. During my time as an insurance agent, such policies often sold for less than $100 per month. However, due to the recent regulatory changes, it has become more difficult for insurers to market child-only policies that don’t lose money.

The problem is that in the past parents had to buy policies for their children before they got sick. The premiums that they paid to insurers pooled the risk of illness for large numbers of children. Premiums went to pay for health care as well as administrative costs and, if the insurance company was well run, a profit.

Under the new law, parents no longer have to buy policies before their children become sick. In fact, the government has created an incentive for parents to wait until their children get sick to buy insurance. Because there will be a dramatic rise in the number of insured sick children, actuaries at the insurance companies realize that they will soon have to pay out much more in claims than before while premiums received are likely to stay low or even fall. Paying out more in claims without receiving more in premiums means that insurance companies lose money. If insurance companies lose money, they cannot stay in business.

In order to minimize their losses, some insurance companies are reportedly choosing not to sell child-only policies. Where parents could buy inexpensive coverage for their children in the past, they now must buy policies for the entire family in order to cover the children. It is also likely that the remaining companies in the child-only insurance market will increase their prices. Those companies who are not able to adapt will lose money and eventually go out of business.

It is likely that when (or if) the remainder of the Obamacare law goes into effect in 2014, a similar pre-existing conditions clause for adults will trigger an increase in premiums for other health insurance policies. We might even see entire insurance companies leaving the health insurance market or failing on a massive scale.

In the near future the Democrats will paint the situation as a failure of the markets and blame corporate greed rather than a failure of government control of the marketplace. They will probably portray another expansion of government power and control as the solution. In a vicious cycle, the new reform will have even more unintended consequences and require even more government regulation. This may even be part of a Democratic long-term plan to phase out private insurance companies and replace them with a single-payer plan.

It would be funny if it were not so tragic. The insurance reform that purported to lower costs and expand coverage is driving up costs and creating regulatory shortages. Less than four months into the elites’ grand plan to remake the American health insurance industry is in serious trouble and sinking fast.