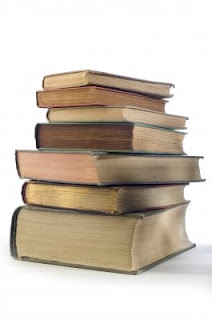 Education reform is likely to take a central role in Georgia’s gubernatorial election this year. Cuts to the education budget and teacher furloughs have been controversial issues of Governor Sonny Perdue’s administration and the continuing economic crisis points to a long difficult road in restoring funding.

Education is at least partly responsible for Governor Perdue’s election. His predecessor, Roy Barnes, had passed a series of education reforms that were not popular with teachers. These changes included eliminating social promotion and tenure for new teachers. Barnes was also damaged by the fact that Georgia ranked fiftieth in SAT scores just prior to the election (http://bit.ly/cT8FpP). By 2008, Georgia’s ranking in SAT scores had only risen to 45th in the nation (http://bit.ly/9hMOlt).

Education in Georgia also made news in February 2010 when rampant cheating on standardized tests was revealed (http://bit.ly/cXAKBQ). An analysis of erasures on the CRCT test indicated that unusually high numbers of wrong answers were erased and replaced with right answers. This highlights one of the problems of standardized tests: not only is it tempting to teach the test at the expense of broader knowledge, when teachers are ethically challenged they might take matters a step further.

It is obvious that Georgia is in need of sweeping education reform. What is not obvious is what should be done. There are typically several recommendations that are made with regard to improving education. Increasing funding, decreasing class size, charter schools and vouchers are commonly cited as answers to the education crisis.

In the midst of an economic recession, it is difficult to increase spending on anything, even education. Education in Georgia is funded primarily through property taxes. With high foreclosure rates, property tax receipts have plummeted. In the four years that I have lived in my current home, property taxes have increased by about a third as the local government try to take more money from fewer homeowners. The higher property taxes are in addition to a seemingly endless stream of fundraisers and requests for material support from local schools. Less than 8% of Georgia’s education budget comes from federal funds (http://bit.ly/aiXyyj).

It is also important to note that increasing funding does not automatically increase student. Spending per student has more than doubled since 1970, but has not yielded significant increases in performance (http://bit.ly/9RH0Tl). Additionally, the US already spends more on each student that most other counties around the world (http://bit.ly/aFylDK).

Similarly, reducing class size is not the answer either. Studies show that reducing class size is an expensive proposition that is ineffective in increasing performance (http://bit.ly/cbC9vT). Data from schools in the US and other countries all points to the conclusion that class size has little effect on improving education, even though the increase in teachers required for additional classes makes this strategy an expensive proposition.

Charter schools have long been touted as an alternative to traditional public schools. In Georgia, charter schools may be exempted from states laws and school district rules and regulations in exchange for meeting performance based objectives (http://bit.ly/dhadNh). This begs the question that if these laws and rules are not conducive to learning, why should they be left on the books for other schools and students?

A darling of conservative reformers is the idea of school vouchers. These vouchers would be given to parents who could then choose the school, public or private, for their kids. The idea behind vouchers is that school choice would promote competition and help to improve all schools. It would also allow parents to immediately move their children out of failing schools rather than wait for incremental improvements. The problem with vouchers is that their effects are difficult to gauge. There might well be positive effects from vouchers, but they are probably less than generally assumed (http://bit.ly/dARH6H).

It is evident that none of the traditional education reforms are a silver bullet and that we should seek new ideas and alternatives. One obvious idea is to do more with less. There is not likely to be much new funding for education in the near future. To increase funding would require either more cuts in other areas of the state budget or more deficit spending. Neither of these alternatives is likely at this time. Budget cuts in other areas will be more likely to result in trimming the state deficit than preserving the education budget.

Our leaders should seek to trim the education bureaucracy. I would much rather see funds going to classrooms and teachers than to bureaucrats in Atlanta and Washington who never see a single student. The federal Department of Education has a budget of $63.7 billion and does not operate a single school or teach a single student (http://bit.ly/9VYlQX). If that money were split between the states, an additional $10 billion to each state’s education budget would certainly be welcome.

Schools should also return to the basic core subjects such as math, science, reading, writing, and history. We should consider schools to be houses of learning, not social engineering. Anything that detracts from the core mission of teaching core subjects should be eliminated. Schools should not be concentrating on such diverse subjects as normalizing homosexuality, feeding children around the clock and calendar, the pseudo-science of global warming extremism, and the revisionist view of American history as imperialist and corrupt (to name a few). Schools should also realize that the ultimate key to a student’s self-esteem is to actually learn and progress, rather than making sure no one’s feelings get hurt because someone is better.

There should be school choice, at least on a minimal level. If parents are going to send thousands of dollars to public school systems, they have a right to ensure that their children are getting a quality education. If that means moving their children to a different school (at least within the same school system), then they should be able to do so. I personally believe that they should be able to put their children in schools in other districts if necessary. It is unconscionable to take property tax money from low or middle-class parents while they struggle to pay tuition to keep their children in private schools. Of course, the parents would have to provide transportation if they chose a school outside their normal area.

Schools should also realize that different students learn in different ways. I was very interested in a recent Freakanomics radio broadcast about New York’s School of One (http://nyti.ms/buUfAj). The pilot program combines traditional teacher-led classrooms with virtual classrooms, one-on-one tutoring, and independent study. It is too early to make full judgments about either the cost or the effectiveness of the School of One (http://bit.ly/a3wHeA) but initial results are encouraging.

Finally, we also need to make it easier to get bad teachers out of the system. Unions often make it difficult and expensive to weed out teachers who are incompetent, who don’t care, or who otherwise fail their students. We need to reward good teachers, while making it easier to get rid of the bad ones.

It is often said that children are our most valuable resource. Education is vitally important as a tool to develop that resource. The future economy of Georgia and the United States itself depends on training future leaders and skilled workers for tomorrow. In order to do so, we must look to programs that actually work instead of just being politically popular. In this economic climate of falling tax revenues and shrinking budgets, we cannot afford to waste money on programs that do little to benefit our kids.

I know that I have several retired and current teachers who read this blog. I would love to hear from you regarding what does and does not work in education.

Legal education is the education of individuals who intend to become legal professionals or those who simply intend to use their law degree to some end, either related to law.

The WLCI School of Business offers full time & part time programs in Management Program in India and has campuses in 20 cities. Over 15000 students have found successful placements in India and abroad.