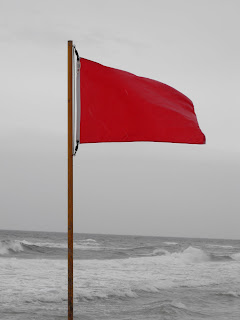 One of the latest rumors to circulate on the internet about the Obamacare nightmare is that it will require all Americans to undergo BMI (Body Mass Index) screening by 2014. Presumably, the BMI results will be used to ration health care in some manner as finite numbers of doctors, nurses, and hospitals struggle to cope with unlimited demand for their services.

To find the truth, I examined the full text of HR 3590, The Patient Protection and Affordable Care Act, as well as its companion bill HR 4872, the Health Care and Education Reconciliation Act. This takes some time, even scanning with the search function on a browser, since the HR 3590 contains a whopping 906 pages and HR 4872 adds an additional 55 pages. That is quite a number of dead trees for a law that is supposed to simplify and lower the cost of health care. If you would like to examine the text of the laws for yourself, the site that I used is: http://dpc.senate.gov/dpcdoc-sen_health_care_bill.cfm.

I conducted my examination by searching both documents for “bmi.” This resulted in a large number of hits, but only two referred to “Body Mass Index.” The majority were some form the word “submit,” which says a lot about Obamacare in itself.

The first reference is in section 2703 State Option to Provide Health Homes for Enrollees with Chronic Conditions on page 203. BMI is mention here as one of the medical conditions that defines the term “chronic condition” (specifically a BMI over 25). There is no mention of mandatory screening for BMI.

The second reference to BMI was in section 4004 Education Outreach Campaign Regarding Preventive Benefits on page 428. In this section, BMI mentioned as one of the factors that that people will be able to use to determine their disease risk on a website. Again, there is no mention of mandatory BMI screening.

At this point, I was ready to declare the mandatory BMI screening a hoax. Just before I published this article however, someone pointed me in the direction of a document called HIT (Health Information Technology) Standards 170.302. This document purports to show Secretary Kathleen Sebelius’ new certification standards for electronic health records (EHRs).

Further, a CNS News report (http://cnsnews.com/news/article/69436) refers to section 3001 Office of the National Coordinator for Health Information Technology of the American Recovery and Reinvestment Act of 2009, the stimulus bill, rather than the Obamacare law itself. The text of this law can be found here: http://www.opencongress.org/bill/111-h1/text.

The Code of Federal Regulations Part 170 can be found here: http://www.ofr.gov/OFRUpload/OFRData/2010-17210_PI.pdf. On page 61 (of 228) this document does state that EHRs will calculate BMIs. An additional document (http://healthcare.nist.gov/docs/170.302.e.2_BMI_v0.2_fulldoc.pdf) refers to certification criteria for EHRs and specifically shows that BMI will be part of the vital signs included in EHRs.

Therefore, it appears that the rumor is true as far as the claims that Obamacare will require an EHR for all Americans and that the EHR will be required to include a calculation for BMI. The speculative claim that the BMI will be used to ration health care is so far unsubstantiated. I will leave it up to the reader to decide whether and how much to be alarmed by the BMI requirement.

I will say that it is extremely likely that Obamacare will result in health care rationing. Massachusetts enacted what President Obama called an “essentially identical” plan in 2006 and the result has been skyrocketing costs (http://bit.ly/dvTxyU). Rapidly increasing demand with a static level of supply led to sharply increasing costs. To deal with these increasing costs, Governor Deval Patrick enacted price controls in the form of denying insurance companies to increase rates.