How to eliminate Obamacare 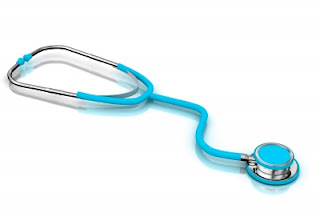 Since it was passed against the overwhelming opposition of the American people last March, Obamacare has not gotten any more popular. Amid continuing revelations of higher costs, more taxes, federal payment for abortions, and more restrictions on personal choice the support for the repeal of Obamacare remains high. The number of voters who support the law’s repeal has consistently been in the 2/3 range, with a recent poll showing that 56% favor repeal versus only 38% who oppose it (http://www.rasmussenreports.com/public_content/politics/current_events/healthcare/health_care_law). The numbers favoring repeal will likely increase as Obamacare is implemented. This is especially true if, as is likely, that it quickly follows the pattern of Romneycare in Massachusetts with exploding costs, price controls, and likely rationing.

The first step in dismantling Obamacare is to vote Republican. It is unlikely that the Democrats, who went against strong public opinion to pass the law in the first place, will have a change of heart and vote for repeal. The vote will eventually cost many of the Democrats their political careers.

Other parties such as the Libertarians also oppose Obamacare, but do have a realistic chance of getting elected. In the US, it is rare that a third party wins an election. More often, they act as spoilers and actually help the other side. This was true when Ross Perot drew conservative votes from George Bush and helped to elect Bill Clinton. It was true when Ralph Nader drew liberal votes from Al Gore and John Kerry and helped to elect George W. Bush. It was true when Libertarian candidate Allen Buckley helped to force Republican Senator Saxby Chambliss into a runoff with Democrat Jim Martin in Georgia’s 2008 Senate race.

If you are a conservative, be smart and vote Republican. If you don’t like the incumbent, vote against him in the primary but support the party in the general election. You may feel that Libertarian candidates are more conservative, but that it worth absolutely nothing - zilch! – if they don’t get elected. On the other hand, if you are a liberal, vote your conscience and go Green.

Voting Republican is also important in state races. For example, in the Georgia gubernatorial race one Democratic candidate is Thurbert Baker, the state attorney-general who refused Gov. Perdue’s order to file suit against Obamacare. If a Democrat, even Roy Barnes or Dubose Porter gets elected, how likely is it that the lawsuit will continue? Additionally, governors appoint replacements to representatives who resign or die. If Georgia has a Democratic governor, any replacement representatives would most likely be Democrats who would back Obama’s policies.

Recent polling indicates that it is likely that the Republicans will capture control of the House of Representatives and possibly the Senate as well (http://online.wsj.com/article/SB10001424052748704875004575375122374132154.html). The question is whether they will have enough votes to repeal Obamacare as well as some of the other damaging laws that the current administration has enacted.

It is unlikely that Obamacare will be repealed immediately because, even if the Republicans win enough votes to pass a repeal law, Barack Obama will still be president regardless of how badly the Democrats fare in the 2010 elections. President Obama will have the ability to veto any law passed by Congress. Unless the Republicans can muster enough votes to override the president’s veto, two-thirds of the house and senate, passing a repeal law would be an exercise in futility. It is unlikely that the Republicans will gain enough votes to have a 2/3 majority in both houses. It is possible that President Obama would not veto the repeal or that enough Democrats would join with Republicans to override the veto, but this is also unlikely.

Even if Obamacare cannot be totally repealed, there are things that Republicans can do to reform the reform. First, they can refuse to appropriate funding for the law’s most onerous and expensive provisions. The president cannot appropriate funds for anything himself. The president must submit a proposed budget to Congress, which must then pass it for it to become law. When President Obama submits a budget that appropriates money to fund Obamacare, Congress can simply refuse to pass the president’s budget and pass one of their own instead. The president can still veto the competing budget, but he cannot pass his own. Ultimately, the two sides would probably have to reach a compromise budget.

Second, the Republicans can pass legislation to reform Obamacare on a piecemeal basis rather than as a comprehensive bill. For example, Congress might find enough support to pass a law eliminating the individual mandate to purchase health insurance, even though there were not enough votes to repeal the whole bill. By passing a number of smaller reform laws, hopefully with veto-proof bipartisan majorities, many of the damaging aspects of Obamacare could be removed without having a veto showdown with President Obama over a repeal law.

Third, in addition to removing the worst aspects of Obamacare, Republicans should replace bad laws with good laws that restore competition and free markets to the health care industry. A reform of the employer-based health insurance market that gives individuals more choice over their insurance and medical options would be a good start. Competition means lower costs and more choices. Additionally, reform of tort laws to limit frivolous lawsuits and enormous judgments would also help to lower the cost of insurance, making it more affordable. Republicans should also favor the removal of legislative mandates from insurance policies to allow the sale of more inexpensive major medical polices.

Ultimately, at some point there will be another Republican president. Perhaps there will even be a Democratic president who is more open to free markets and competition rather than top-down government mandates. Perhaps conservative majorities will grow to the point that repeal forces can hope to override a presidential veto. When this happens, at the earliest possible moment, the Republicans should immediately move swiftly forward with a repeal bill to remove the last vestiges of Obamacare. The people expect it, the people want it, and if the Republicans don’t deliver, it will be at their peril.

The longer that Obamacare is in force, the harder it will be to remove it. Even if Obamacare is the disaster that I and many other people believe it will be, entitlements have a way of implanting themselves firmly into the political landscape. As more people become accustomed to receiving federal payments for their health insurance, even as the quality of health care deteriorates, it will become more and more difficult to convince people to leave the government gravy train and again take responsibility for their own health care. The furor over President Bush’s attempts to reform Social Security is a case in point. Even though people know that Social Security is facing a looming bankruptcy, inspired by Democratic fear mongering, they still resist change.

The lawsuit by the states against Obamacare is another avenue that is being pursued. The lawsuit is the wild card in the fight to repeal Obamacare. At last count, twenty states are suing to overturn the Obamacare law on constitutional grounds. Proponents of the lawsuit claim that Obamacare’s individual mandate is unconstitutional because the Constitution does not give the federal government authority to force people to purchase a commercial product. Additionally, some also cite the constitution’s tenth amendment which states that powers not delegated to the federal government are reserved by the states.

As a historical comparison, the Supreme Court did strike down several of FDR’s New Deal programs as unconstitutional. However, the court became more acquiescent after FDR’s attempt at “court packing” in 1936. Bad policy is not necessarily unconstitutional, although in many cases bad decisions do leave unconstitutional laws on the books.

With respect to the commerce clause, insurance has traditionally been regulated by the states. Each state has its own laws and insurance policies are tailored to fit the market of each state. Insurance companies are admitted to do business in each state. For example, State Farm of Georgia cannot sell a Georgia health insurance policy in South Carolina. Therefore, the power to regulate interstate commerce would not seem to apply.

The flip side to this argument is that the Supreme Court has ruled in the past (erroneously in my view) that the interstate commerce clause can be used to regulate intrastate commerce. In Wickard v. Filburn (1942) (http://en.wikipedia.org/wiki/Wickard_v._Filburn), FDR’s New Deal compliant court ruled that a farmer could not grow excess wheat for his own use inside his own state because it affected interstate commerce. It may be time for this decision to be overturned.

In the end, the lawsuit undoubtedly has merit, but we cannot be certain of the outcome given the activist nature of approximately half of the members of the Supreme Court. This is especially true since President Obama has at least two more years in office and may get to make additional appointments. Even with the current makeup of the Supreme Court, four of nine justices do not read the explicit right of the people to keep and bear arms in the phrase “the right of the people to keep and bear arms shall not be infringed.” It is unlikely that they would not see a government mandate to buy health insurance as constitutional.

An indication of the Obama Administration’s realization that they are on very shaky constitutional ground is that they are defending the individual mandate on the grounds that it is a tax, rather than a mandate (http://www.nytimes.com/2010/07/18/health/policy/18health.html). This is in spite of Obama’s promise not to raise taxes in any form on the middle class and claims during the health care debate that it was not a tax. Either they were lying then or they are lying now.

The best way to fight Obamacare is to elect candidates that will vote to reform, replace, and ultimately repeal it. That primarily means voting for Republicans such as Georgia Senator Johnny Isakson, who is seeking reelection this year. It also means supporting Republican candidates in state and local races who will fight Obamacare in the states on constitutional grounds. Electing Republican governors and attorneys-general will keep the constitutional lawsuit alive. Additionally, constituents of Democrats should continue to voice their opposition to Obama’s big government policies and encourage their representatives to join with the Republicans in voting for small government reforms.