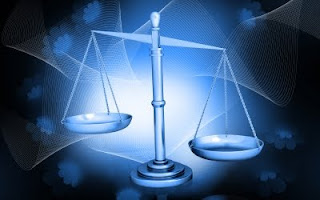 Religious leaders have recently noticed a subtle change in the wording of announcements on the subject of religious freedom coming from the Obama Administration. Even though President Obama specifically mentioned “religious freedom” when he addressed the Muslim world in Cairo in June 2009, since then both Obama and Secretary of State Hillary Clinton have increasingly used the phrase “freedom of worship” (http://bit.ly/bfhwmj).

This may be merely a stylistic change rather than a change policy, but many are concerned because, while they sound similar, the two phrases mean very different things. Religion refers to a set of beliefs and practices. Worship is merely one aspect of religion.

One reason that many observers are concerned about the administration’s choice of words is that religious freedom conflicts with another of Obama’s priorities: gay rights. Secretary Clinton hinted at this priority in a December 14, 2009 speech on human rights at Georgetown University in which she said that people “must be free to worship, associate, and to love in the way that they choose” (http://www.state.gov/secretary/rm/2009a/12/133544.htm).

One of President Obama’s appointees, Chai Feldblum, illustrates why people are right to be worried. Feldblum, an openly lesbian law professor at Georgetown University, was a recess appointment by President Obama to the Equal Employment Opportunity Commission (EEOC) on March 27, 2010. Feldblum has said that when it comes to a conflict between religious liberty and gay rights, “I'm having a hard time coming up with any case in which religious liberty should win.” She continues, “Sexual liberty should win in most cases. There can be a conflict between religious liberty and sexual liberty, but in almost all cases the sexual liberty should win because that's the only way that the dignity of gay people can be affirmed in any realistic manner” (http://bit.ly/bjsTLd). This is very troubling coming from a former law professor who is now ruling on discriminatory hiring practices!

Religion and gay rights have led to numerous legal conflicts in recent years. One current case in our own backyard involves Jennifer Keeton, a graduate counseling student at Augusta State University. Keeton had stated in classroom discussions that she believed that sexual behavior “is the result of accountable personal choice” and not a “state of being” (http://bit.ly/cfQKGP). She also stated her belief that gender is assigned at birth and is not a matter of choice or a social construct. Another student accused her of advocating “conversion therapy” for homosexuals in a conversation outside the classroom. She denied the charge although she freely admits to discussing Christianity and sexual ethics.

According to a lawsuit filed on her behalf by the Alliance Defense Fund (alliancedefensefund.org), Augusta State told Keeton that her behavior and beliefs were in violation of the American Counseling Association and the American School Counselor Association. The school threatened to dismiss (expel) her unless she satisfactorily completed a remediation (in this case re-education) program including attendance at three workshops on sensitivity training, reading ten articles on gay counseling, increasing her exposure and interaction with gays (for example, by “attending the Gay Pride Parade in Augusta” (http://www.telladf.org/userdocs/KeetonComplaint.pdf), and writing a monthly two-page report on how “her study has influenced her beliefs.”

The ADF filed the suit on July 21, 2010 and the case is pending. The school responded with a written statement that says “no student is asked to change their religious beliefs or views in order to participate in any program" (http://bit.ly/cXetBM). In reality, it appears that Keeton was singled out for her beliefs, not because she took any discriminatory action or harassed any gay students. The teachers indicated that they wanted to change her beliefs through their remediation plan. The case is reminiscent of Orwellian “thought crimes.”

Keeton’s beliefs are consistent with mainstream Christianity as well as most other major religions. Additionally, most Americans, as well as most Georgians likely hold similar beliefs to Keeton. For example, in 2004, 76% of Georgians voted in favor of a constitutional amendment to ban gay marriage and civil unions (http://bit.ly/bPqIGj). In most other states where the people have been allowed to vote, there have been similar results. Keeton’s views are hardly outside the mainstream of American thought.

There have been numerous similar cases in recent years with respect to both homosexuality and abortion. In both issues, many people oppose the politically correct position because it conflicts with their religious beliefs (although many nonreligious people oppose abortion and homosexuality on other grounds as well). Many of these cases are profiled on the ADF website (http://alliancedefensefund.org/actions/Default.aspx).

In one recent high profile case, the Supreme Court ruled that the Christian Legal Society at the University of California’s Hastings College of Law can be required by the school to open its leadership positions too students who disagree with its statement of faith. In other words, the society has to accept students who may very well be trying to take control of the group in order to subvert it. The ruling came in spite of the fact that the “all comers” policy at Hastings was not applied to other student groups.

Even though many of the cases revolve around persecution of Christians for their beliefs about abortion and homosexuality, the real issue is religious freedom. The Constitution guarantees the right to be free from government interference with one’s religious beliefs. At issue is the right to disagree with government mandates, many times misapplied or not even coded in law, that are at odds with religious freedom. The current liberal push which requires not only tolerance but forced affirmation of the morality of homosexuality and abortion puts the Democrats on a collision course with the first amendment’s guarantee of religious liberty.

Photo credit:
renjith krishnan
http://www.freedigitalphotos.net/images/view_photog.php?photogid=721
Posted by CaptainKudzu at 9:06 AM