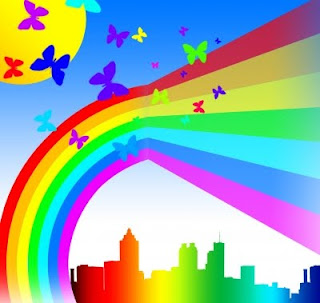 NOTE: I am sure that my comments today will offend some people and for that I am sorry. Most conservatives would much rather spend the final months before the election talking about the massive failure of President Obama’s economic agenda. Nevertheless, the fight on the gay marriage issue has been thrust upon us by activist judges on both coasts.

When a US district judge ruled that California’s constitution was unconstitutional last week, he tossed a match in what is already a dry tinderbox of an election year. Only a few weeks before, another federal judge in Massachusetts had ruled the federal Defense of Marriage Act unconstitutional on similar grounds.

The amendment to California’s constitution, also known as Proposition 8, is similar to other amendments in thirty states. Readers commenting on my last article (http://www.examiner.com/x-55213-Atlanta-Conservative-Examiner~y2010m8d5-Californias-definition-of-marriage-law-overturned) questioned my assertion that Prop 8 did not ban gay marriage. Here, then, is the full text of Proposition 8:

“Only marriage between a man and a woman is valid or recognized in California” (http://www.kreativekorp.com/edu/prop8text.html).

There is no mention of a ban and no mention of gays. There is no prohibition on gays from marrying each other. The amendment only stipulates that the state will not recognize any marriage other than between a (one) man and a (one) woman.

Another pointed out that there were in fact some examples of homosexual marriage in ancient history. Rather get into a discussion on ancient history, I will concede the point that homosexuality has a long history, but a quick review on Wikipedia (http://en.wikipedia.org/wiki/History_of_same-sex_unions) notes that ancient homosexual unions were generally not accorded the same legal recognition of traditional heterosexual couples. In both ancient Greece and Rome, these relationships apparently often took the form of pederasty, which is better known as child sexual abuse in our time. It seems that gay marriage in history was often similar to the domestic partnerships that California has offered since 2000 (http://en.wikipedia.org/wiki/Civil_union#California). I maintain that gay marriage has no history in Judeo-Christian history or law, English common law, or United States law. The history of legally recognized gay marriage truly begins in the Netherlands in 2000 (http://pewforum.org/Gay-Marriage-and-Homosexuality/Same-Sex-Marriage-Redefining-Marriage-Around-the-World.aspx).

It has also been suggested that opposition to gay marriage is morally equivalent to laws against interracial marriage from our past. There are important differences in the two situations. For one thing, racial discrimination is not legal in the United States (and rightly so). Further, men and women of different races are still men and women. They still fit the gender roles and the traditional, historical, and legal view of marriage. A man and woman can procreate and form a stable family regardless of the color of their skin.

On the other hand, there is precedent for using gender is a legal basis for discrimination in certain areas of US law. For example, men and women can be required to use separate bathrooms. Similarly, women are not subject to the Selective Service system and the draft. Likewise, there are certain jobs in the military that women are simply not allowed to do. Because men and women are fundamentally different (as any preschooler can tell you), there are some roles one or the other simply does better or cannot do at all.

Gay marriage proponents often state that gay couples have a right to marry who they want, but that is not true even for heterosexual couples. One well known limitation is laws against bigamy. Even though many cultures allowed men to take multiple wives (including the ancient Jews, Mormons in the US, and Muslims), yet it is illegal around the US… even in Utah! Further, states set a minimum age to marry as well as a minimum age to consent to sex. Other heterosexual limitations on marriage include bans on marrying close relatives such as siblings or children [insert your own Alabama joke here].

In a grade school joke, one child says, “I love cheese [or insert inanimate object here].” Another child retorts “Why don’t you marry it?” Given the current trend, in a few years that might not be a joke. In fact, one woman has already chosen to marry a dolphin, although not in this country (http://www.theage.com.au/news/world/woman-marries-dolphin/2006/01/01/1136050339590.html). A Missouri law did keep a man from marrying his horse (http://www.frc.org/get.cfm?i=bc04c02).

To understand the purpose of marriage, we should look at its history. It has only been within recent centuries that romance and love entered into the marriage relationship (http://www2.hu-berlin.de/sexology/ATLAS_EN/html/history_of_marriage_in_western.html). Among the privileged classes marriage was often a matter of diplomacy and forming political and military alliances. Among others, marriage was for the purpose of bearing children and giving them stability while they matured. Generally speaking, marriage has always been for the purpose of procreation and economic stability while raising children. Cheating on immigration status and tax breaks came later.

Tax breaks for married couples are granted by many governments because it is in the government’s interest to promote marriage for the good of the society. A society needs children to continue in existence as well as to ensure continued economic growth. The fact is that no one knows with certainty what the long term effects of gay marriage on children will be. Many on the left point to short term studies and simply assume that there will be no long term damage. The objectiveness of many of these studies is disputed (http://www.narth.com/docs/flawed.html).

Possible parallels can be found in the many instances in which government action damaged families in the past. For example, studies from decades ago that purported to show that divorce did not adversely affect children. Today, we know that children of divorce are more likely to suffer a host of psychological problems (http://www.divorcereform.org/all.html). Similarly, government welfare programs have unintentionally increased the number of single parent households which, in turn, causes many more children to live in poverty (http://www.heritage.org/Research/Testimony/The-Effects-of-Welfare-Reform).

The effects of gay marriage on heterosexual marriage are also not fully known. A 2009 study of the Netherlands, where gay marriage first became legal, shows that after the legalization of gay marriage, the rate of heterosexual marriage declined (http://www.iza.org/conference_files/TAM2010/trandafir_m6039.pdf). If this holds true in other areas as well, it would be a powerful argument against same sex marriage since a lower marriage rate would mean that families, and ultimately the society as well, are inherently less stable more prone to economic problems.

Finally, there are numerous indications that homosexuality is not a healthy lifestyle. Homosexuality was itself considered a mental disorder in the past. Today, we know that homosexuality has been linked to increased rates of substance abuse (http://www.guardian.co.uk/society/2010/jul/25/gay-lesbians-drug-use-report) as well as higher rates of anxiety and depression than heterosexuals (http://en.wikipedia.org/wiki/Homosexuality_and_psychology#cite_note-12). Additionally, there are clear health risks (not limited to STDs) from gay sex (http://www.catholiceducation.org/articles/homosexuality/ho0075.html) and even a life span that averages 20-30 years shorter than heterosexuals (http://www.ncbi.nlm.nih.gov/pubmed/9923159?dopt=Abstract). If the government can act to discourage other unhealthy lifestyles, from smoking to riding motorcycles without a helmet to not buying health insurance, should it at least not encourage people to practice homosexuality?

The final big reason that legalized gay marriage is a bad idea is that it does not enjoy support among the majority of Americans. Even in California, one of the bluest of the blue states, the amendment defining marriage as between a man and a woman passed handily. This is even more remarkable considering that Barack Obama was elected the same day and indicates broad bipartisan support for traditional marriage. Prop 8 opponents also enjoyed sympathy from the media and reportedly outspent supporters.

The vast majority of states (thirty-nine) have defense of marriage laws as part of their constitution or their statutes (http://www.reuters.com/article/idUSTRE67364P20100804). In the US, wherever same-sex marriage has come before the voters, the voters have decided that marriage should be between a man and a woman. In Georgia, the constitutional amendment defining marriage passed in 2004 with 76% of the vote (http://sos.georgia.gov/elections/election_results/2004_1102/judicial.htm#qa). A majority of Americans continue to believe that gay marriage should not be legal (http://voices.washingtonpost.com/behind-the-numbers/2010/02/post-abc_poll_views_on_gay_mar.html). It is not good for democracy for one man (or one small group of individuals) to allow their personal views to supplant the constitutional will of the people.

On a personal level, I have known and worked with many gays. I don’t hate them; on the contrary, I pity them. Many of them confided to me that they really didn’t want to be gay and were not happy. Some had tried therapy and counseling like that offered by Exodus International (http://www.exodusinternational.org). Some had success, some did not. For those who choose to embrace the gay lifestyle, I say that they have that right. However, I dispute that they have a right to remake society to accommodate their choice.

I don’t believe that people generally choose to be gay. In the absence of firm scientific evidence to the contrary, I believe that it is likely that homosexuality is the product of both genetic and environmental factors. Just because it is likely innate, it is not necessarily a good thing. There are plenty of things, from alcoholism to cancer, that are genetic or natural that are not good.

I believe that gay marriage is ultimately a pursuit of acceptance and approval from the majority of Americans. I also believe that if the Supreme Court eventually upholds the unconstitutionality of defense of marriage laws, the majority of Americans will still not approve or accept homosexuality. All major religions consider it sin, throughout most of history it has generally been viewed as abnormal, and there is a huge “ick” factor for heterosexuals when considering gay sex. Regardless of whether they can legally marry, homosexuals will not get the full effect of real and true marriage.

The bottom line is that gender matters. It matters to the children who need both a mother and a father. It matters to the society that needs familial stability to form its next generation. It matters biologically to the sperm and eggs that unite to create a baby. Gender is innate and cannot be changed. (Surgeries to change gender succeed only in mutilating the sexual organs.) The role of government should be to strengthen marriages and families rather than taking further action that might possibly undermine them.

The fight to stop gay marriage from being imposed on the United States is an uphill one, in spite of strong popular support. One way that you can help is to read and sign the Manhattan Declaration:
http://www.manhattandeclaration.org