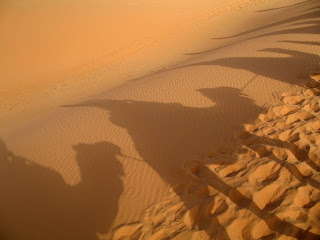 Ever since the campaign of 2008, allegations that he is a secret Muslim have dogged Barack Obama. In theory, he is kind of a Manchurian Candidate for the Muslim world to create a kinder, gentler America than the America of George W. Bush which liberated two Arab countries from despotic governments. Chain emails and Youtube videos purport to show Obama admitting on camera that he is a Muslim. In reality, when examined in context it becomes apparent that Obama does no such thing.

"Many Americans have Muslims in their families or have lived in a Muslim majority country. I know because I am one of them."
-Address to Turkish Parliament, April 6, 2009
Full context: http://www.whitehouse.gov/the-press-office/remarks-president-obama-turkish-parliament

This quote has been taken out of context by many conspiracy theorists who claim that Obama is admitting to being a Muslim. When viewed in context, it is apparent that Obama is merely claiming to be one of the many Americans with Muslim relatives or who has lived in a Muslim country. Mr. Obama falls into both categories.

“You are absolutely right that John McCain has not talked about my Muslim faith.”
-Interview with George Stephanopoulos, September 2008
Full context: http://www.snopes.com/politics/obama/muslimfaith.asp

In this interview, Obama is talking about the allegations that he is a Muslim. He is asked by Stephanopoulos about whether John McCain was involved in the allegations. When Stephanopoulos hears the words “Muslim faith,” he attempts to correct Obama. Obama stumbles but then completes his thought a few sentences later: “…that he [McCain] hasn’t suggested that I’m a Muslim, and I think that his campaign upper echelons haven’t either.” In context, Obama is not admitting that he is a Muslim; he is simply stating that John McCain has not accused him of being a Muslim.

“In the wake of 9/11, my meetings with Arab and Pakistani Americans have a more urgent quality, for the stories of detentions and FBI questioning and hard stares from neighbors have shaken their sense of security and belonging. They have been reminded that the history of immigration in this country has a dark underbelly; they need specific assurances that their citizenship really means something, that America has learned the right lessons from the Japanese internments during World War II, and that I will stand with them should the political winds shift in an ugly direction.”
-The Audacity of Hope (http://www.snopes.com/politics/obama/ownwords.asp)

This passage from Obama’s book is also commonly cited to show his sympathy for Muslims. It doesn’t refer to his own religious beliefs, but it does seem to show where Obama stands. In reality, the winds never shifted in the direction that Obama feared, but he remains sympathetic to Muslim Americans as well as Muslims around the world.

Obama does have a Muslim heritage. His father, Barack Hussein Obama, Sr., was raised as a Muslim in Kenya, but reportedly had become an atheist by the time he moved to Hawaii to attend college (http://urbanlegends.about.com/library/bl_barack_obama_muslim.htm). Later, Obama moved with his family to Jakarta, Indonesia after his mother married another “non-practicing Muslim.” While in Indonesia, his mother placed him in both Catholic and Muslim schools. The Muslim school, the Basuki School, was only generally religious and was not a Wahabbi madrassa as some have claimed.

Obama’s background provides some explanation for his belief that Muslim extremists, including Iran’s President Ahmadinejad, can be reasoned with. It also helps to explain the hard line that he has taken with Israel on many occasions, such as when he demanded a freeze to Israeli settlements as a pre-condition for peace talks. It explains his cautions against a rush to judgment in the aftermath of the Christmas Day Delta and Times Square attempted bombings as well as his failure to tie these attacks into a larger conspiracy. It also manifested itself recently with his support of the Cordoba House mosque which a Muslim group is planning to build near Ground Zero. To be fair, many liberals without a Muslim background share Obama’s views on these issues.

There is no evidence that Barack Obama is closet Muslim. No one has spotted him going to prayer services in a mosque, reading the Koran, or praying towards Mecca. On the other hand, President Obama doesn’t go to Christian church services often either. In 2009, he attended only three church services in Washington (http://www.time.com/time/politics/article/0,8599,1949879,00.html) and has reportedly not found a home church to replace Jeremiah Wright’s Trinity United Church of Christ in Chicago.

Even if Obama were a Muslim, it would have no effect on his presidency. There is no religious test for the office of president. He would have told a lie in the campaign, but let’s face it: that’s what politicians do. It would not have been his only lie of the campaign. He would simply have to face an electorate with more complete knowledge of him when (or if) he runs for re-election.

President Obama is almost certainly not a Muslim. Claims that he is a Muslim, like claims that he is not a native-born US citizen, distract from the real issues of his disastrous economic and foreign policies. Opponents of Obama should focus on what is real rather than pursuing conspiracy theories.

http://www.freedigitalphotos.net/images/view_photog.php?photogid=681
Posted by CaptainKudzu at 8:49 PM