Ethics vs. incompetence in the Georgia governor race 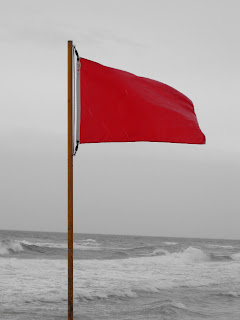 Georgia’s gubernatorial race is quickly devolving into a mudslinging contest between former House member Nathan Deal and former Governor Roy Barnes. It seems unlikely that neither party’s primary voters could have found a better standard bearer for their party.

Deal had a strong conservative voting record in his years in Congress, but faced ethics charges for state contracts that his company received. Deal resigned to run for governor before the investigation could be completed, but now the state Ethics Commission is investigating allegations that Deal improperly used campaign funds to pay legal fees associated with the federal probe. Deal maintains that he did nothing wrong and fully disclosed his business dealings each year.

Deal’s problems have been compounded by recent revelations about his personal finances. It was recently revealed that Deal has $2.3 million in business loans coming due in February (http://www.ajc.com/news/georgia-politics-elections/deal-says-bankruptcy-not-614486.html). The loans, which stem from business loans to Deal’s daughter for a failed sporting goods business in Macon, may force Deal into bankruptcy or lead to the foreclosure of his home.

For his part, Roy Barnes has no ethical challenges against him, but is offering little that is new. For instance, on his website, Barnes said that one of his first actions would be to retrofit government buildings and schools with energy and water efficient technology. In his Peach State version of the stimulus, Barnes believes that government spending is the way to restart the faltering Georgia economy. A question left unanswered is where the money would come from to pay for these construction and renovation projects. Two likely answers are more debt or increased taxes and fees on Georgians.

Barnes, who has already served one term as governor but failed to win re-election. His education programs which angered teachers and his removal of the Confederate emblem from the Georgia state flag contributed to his defeat. In fact, Barnes has spent much time on the campaign trail apologizing for his past performance as governor (http://politifact.com/georgia/statements/2010/sep/15/republican-governors-association/barnes-and-obama-sorry-gop-says/).

One thing that both candidates agree on is the need for tax reform. Barnes would like to enact reform to stem the rising tide of property taxes in the wake of the large numbers of foreclosures over the past few years. Deal’s economic plan focuses on tax relief to businesses to foster economic growth. Deal also supports the Fair Tax.

National politics will also play a role in Georgia’s elections this year. In what promises to be a big year for Republicans, it will take hard work from Deal to buck the tide the Democratic losses. Around the country, conservative and moderate voters are energized to come to polls to oppose the Obama agenda. Republican state candidates will likely benefit from the opposition to Washington. Nevertheless, Deal seems to be struggling mightily to snatch defeat from the jaws of victory.

Further, a victory for Roy Barnes would likely mean that Georgia will pull out of the state lawsuit against Obamacare. This might not affect the ultimate outcome of the lawsuit since many other states will keep it moving forward, but it might mean that Georgia would abide by federal law rather than seeking a way to escape federal mandates.

So Georgians face a Hobson’s choice this year for governor. On one hand, Nathan Deal has solid conservative principles that would normally be popular in a year in which voters seem prepared to soundly reject the Democrats’ Big Government philosophies. On the other hand, Roy Barnes, known as “King Roy” during his first term has a history of ignoring the voter’s wishes and is pushing programs similar to President Obama’s unpopular and failed stimulus. It boils down to a choice between questionable ethics and judgment on one side and incompetence and bad ideas on the other.

You can find more information on both candidates by visiting their websites and viewing the candidate profile pages below.

Posted by CaptainKudzu at 3:32 PM