The Cohen gene - Key to a prophetic priesthood? 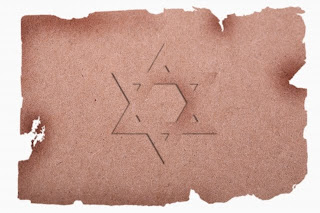 And bring thou near unto thee Aaron thy brother, and his sons with him, from among the children of Israel, that he may minister unto me in the priest's office, even Aaron, Nadab and Abihu, Eleazar and Ithamar, Aaron's sons
Ex 28:1 (ASV)

A few years ago, Dr. Karl Skorecki, a nephrologist and researcher at the University of Toronto and Israel’s Rambam-Technion Medical Center had an interesting thought. He speculated that the Kohanim, a family line that descends from Aaron, the brother of Moses, according to Jewish tradition, might be genetically distinct from other Jews and gentiles. Skorecki reasoned that if the Kohanim, the Cohens, were descended from one man, Aaron, as the Bible asserts then they would have common genetic markers. The Cohens are mentioned in the Bible as far back as 2nd Kings 17:27-28. In fact, the term “kohanim” or “cohanim” often seems used interchangeably with the word “priests” in Jewish sources.

Fathers pass Y-chromosomes to their sons. The Y-chromosome does accumulate mutations, but is otherwise the same as a man’s ancient male ancestors. These combinations of mutations are known as haplotypes.

The study showed that over 98% of Cohen Jews possessed a particular genetic marker (YAP). Non-Cohen Jews possessed the marker in significantly lower percentages. A second study confirmed the results and showed that over 91% of Cohens possess six chromosomal markers now known as the Cohen Modal Haplotype (CMH) (http://www.cohen-levi.org/jewish_genes_and_genealogy/the_dna_chain_of_tradition.htm). The CMH is common in both Ashkenazi and Sephardic Jews and indicates a common ancestor for both European and Mediterranean Jews. By counting the mutations in the Y-chromosome, researchers calculate that the Cohen line goes back approximately 106 generations or roughly 3,300 years. This is the approximate time of the Exodus from Egypt.

Ultimately, the research showed that over 80% of Cohens share the genetic markers (http://www.cohen-levi.org/jewish_genes_and_genealogy/the_dna_chain_of_tradition.htm). Researchers believe that the differences are accounted for by the fact that Jewishness is not determined genetically. Additional chromosomes can enter as people convert to Judaism or intermarriage with non-Jews. Jewish ethnicity is determined by the mother, but Jewish tribal membership is determined by the father.

Further, the research showed that the Levites, the tribe from which Aaron came, are not as genetically distinct as the Cohens. Jewish scholars believe that this is due to the fact that many Levites never returned to Jerusalem from the Babylonian exile. This resulted in the loss of their family line into history.

It should be noted that the CMH genetic group does appear in non-Jews as well. Matches of five of the six markers are common in the Middle East. However, possession of all six genetic markers occurs at a much higher rate in Jews than in non-Jews. Researchers point out that the genetic testing is for the extended Cohen family line rather than individuals. No one is qualified or disqualified for any office based on their status as a Cohen.

The most recent study in 2009 confirmed the findings of the earlier study. The extended Cohen Modal Haplotype was found to be virtually absent from non-Jews, while making up approximately 30 percent of Kohanim Y-chromosomes (http://www.medicalnewstoday.com/articles/165282.php). The study traced the gene’s likely source to a common ancestor in the Near East who lived approximately 3,200 years ago.

Similar genetics are found in several other groups around the world. One is the Lemba, a tribe of Southern Africa. Interestingly enough, the Lemba have an oral tradition of Jewish ancestry and keep many traditions and rituals that are similar to those of Judaism. The Buba are considered to be the priestly clan of the Lemba and carry most of the CMH markers.

Samaritans are also relatives of the Jews. A Samaritan community survives as a minority in the Middle East and has genealogical records going back about 400 years. The Samaritan priestly class originally claimed to be descended from the son of Aaron, but this line ended around 1623. The office of high priest was then transferred to a Levite line, which as we have seen, is no longer genetically distinct.

The preservation of the Cohen line matters for a couple of reasons. First, it offers support for the Bible’s version of Jewish history. The fact that the Cohens have preserved their family line since the days of Aaron speaks to the importance placed on preserving the priestly line.

Second, it makes a feasible a fulfillment of Biblical prophecy that a new Temple will be built (Ezekiel 40-44, Daniel 9:27, Haggai 2:9, Zechariah 8). The difficulty with the fulfillment of the prophecy is that the Dome of the Rock mosque is widely believed to be built upon the site of the Jewish Temple, which was destroyed by the Romans in AD 70 (http://www.templemount.org/theories.html).

In its heyday, the Temple was the center of Jewish religious life. The role of the priests was described and set forth in Exodus and Leviticus even though the Temple was not built until the time of Solomon. The Temple contained the Altar of Sacrifice upon which the priests made sacrifices to atone for the sins of the people and the nation. It also contained a sacred room called the Holy of Holies in which resided the Ark of the Covenant, a vessel containing the original tablets of the Ten Commandments. The Ark disappeared as the first (Solomon’s) Temple was destroyed by the Babylonians in 586 BC and its present location is unknown. A second Temple was built seventy years later by Ezra and Jews returning from exile. This Temple, called Herod’s Temple because Herod the Great renovated and restored it, was destroyed by the Romans in AD 70.

To clarify some of the background Jewish history, I spoke with a rabbi at one of Atlanta’s largest synagogues. The rabbi, who prefers to remain anonymous, told me that the Jewish genealogies had been passed down through family tradition after the destruction of the Temple in AD 70. He told me that there is no link between the Cohens and modern rabbis, which are totally different from the Levitical-Aaronic priests. When I asked him about the possibility of a new Temple and a new priesthood, he demurred, saying that there were people who wanted to build a new Temple, but that it was far from certain and that there was no way to know the basis for the new priesthood.

The remaining obstacle, and it is a large one, is the fact that the Muslims still maintain control of the Temple Mount, even though the Israelis have controlled Jerusalem since 1967. The mount, called the Noble Sanctuary by the Muslims, is home to the Dome of the Rock and al-Aqua mosques. These mosques would have to be removed in order for the Jewish Temple to be restored. Doing so would undoubtedly trigger a war. In 2000, the mere presence of Ariel Sharon on the Temple Mount set off the Second Intifada.

One possible scenario for the removal of the mosques involves yet another prophecy, the War of Gog and Maggot. Ezekiel (ch. 38-39) foretold of a military alliance against Israel led by Russia and Iran that would be destroyed by divine intervention (http://captainkudzu.blogspot.com/2008/11/who-is-gog-of-magog.html). It may be that this war will destroy the mosques on the Temple Mount and pave the way for the reconstruction of the Temple which Ezekiel describes in chapters 40-48.

If and when the Temple is rebuilt, will the priests resume sacrifices as well? I believe so. In fact, the Temple Mount Faithful website contains photos (http://www.templemountfaithful.org/pics-1998.htm) of the sacrifice of a lamb for Pesach (Passover). Since the Jewish religion subscribes to the Torah (Old Testament) in which sacrifices are required, it is logical to assume that once the Temple is restored, sacrifices will continue. Further, Daniel 9:27 refers to a latter-day leader who will stop sacrifices. In order to one day be stopped, sacrifices first have to resume.

It appears that regardless of whether the Cohen genetic information is used to screen rabbis for the new Temple priesthood that the family line of Aaron is intact. This verifies the authenticity of Biblical claims that the Aaronic line was distinct within the Jewish nation. Additionally, it provides a means through which prophecies of a restored Temple and priesthood can one day be fulfilled.

Posted by CaptainKudzu at 8:13 PM