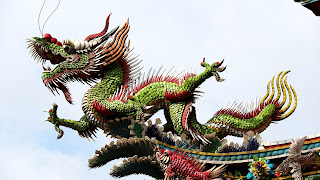 President Trump’s much-ballyhooed trade agreement with China is looking less like a done deal and more like a work in process. Statements by Chinese officials indicate that Trump’s announcement of a deal was premature and there are concerns that the president’s jumping the gun may endanger the entire agreement.

In a series of tweets on Dec. 2, Trump said that China had agreed to “reduce and remove” their 40 percent tariff on American auto imports and start purchasing American agricultural products “immediately.” Before the trade war, Chinese tariffs on foreign autos were 25 percent. Since the trade dispute began, China has increased tariffs on American cars to 40 percent while reducing imports from other countries to 15 percent.

The lack of confirmation from the Chinese combined with Trump’s history of prematurely claiming success in international deals led many observers to be skeptical about Trump’s claims. Those doubts fueled an 800-point drop in the stock market on Tuesday after a 600-point rally on Monday.

Now statements by Chinese officials are confirming that the deal with the Trump Administration was merely an agreement to start negotiations. The Wall Street Journal reported this morning that China’s Commerce Ministry confirmed in a statement that the nation has agreed to a 90-day negotiating period in which both sides will stop increasing tariffs. The statement said that the negotiations had a “clear timeline and road map” and confirmed that “the Chinese side will start implementing the specific items both sides have agreed on, and the sooner the better.”

How much is already agreed upon was left unclear, but the Journal notes that Chinese government agencies and the nation’s supreme court announced tough penalties for violation of intellectual property rights. Infringement on intellectual property has been a major complaint of the Trump Administration. The new rules were dated Nov. 21, but were only made public yesterday.

On the other hand, the statement by the Commerce Ministry did not mention purchases of agricultural products or reducing auto tariffs. Some Chinese officials did suggest that their country may increase purchases of products such as soybeans and natural gas, which are in high demand in China. They did not specify amounts, however, and there was no indication of whether the tariffs would be reduced.

On Monday, President Trump even seemed to back off from his declarations of a trade victory. In a series of tweets, the president claimed that negotiations were already underway to see “whether or not a REAL deal with China is actually possible.” Trump added that China was “supposed to start buying Agricultural product and more immediately” and said that “it probably will.”

Trump closed his tweetstorm with the proviso, “ But if not remember [that] I am a Tariff Man.” The Trump Administration has said that if talks fail it will follow through with plans to raise tariffs on Chinese imports from 10 percent to 25 percent. The increase was originally scheduled for Jan. 1.


....I am a Tariff Man. When people or countries come in to raid the great wealth of our Nation, I want them to pay for the privilege of doing so. It will always be the best way to max out our economic power. We are right now taking in $billions in Tariffs. MAKE AMERICA RICH AGAIN
— Donald J. Trump (@realDonaldTrump) December 4, 2018


There is also confusion over the beginning of the 90-day period. Trump claimed that the truce period began on “the date of our wonderful and very warm dinner with President Xi in Argentina” on Dec. 1. Chinese officials have not confirmed this understanding of the timeline.

Many Chinese observers believe that Trump is deliberately trying to confuse the issue in order to trick Beijing into making concessions. “China should prepare but not rush to make concessions,” Yu Yongding, a researcher with government think tank Chinese Academy of Social Sciences and former adviser to China’s central bank, told the Journal. “This is a competition of endurance to see who breaks first.”

Some American experts agree. “It’s funny how far the administration has gotten on bravado and uncertainty — the ‘crazy uncle’ strategy with almost no organization, no whole-of-government approach, insufficient preparation and no talking points,” Scott Kennedy, a China expert at the Center for Strategic and International Studies, said in the Washington Post. “The strategy has thrown the fear of Marx into the Chinese. They have been knocked off their seats.”

Others point out that there are inherent risks in Trump’s approach. Michael Pillsbury, a former Pentagon official who Trump called “probably the leading authority on China,” told Axios that he was “getting warnings from knowledgeable Chinese about the American claims of concessions” that were never agreed upon by the Chinese. These include Trump’s claims about the immediate purchase of American agricultural products and Chinese tariff reductions.

“I have advised the president's team that for the past 40 years the American side avoids disclosing Chinese concessions before the final agreed written statement is released,” Pillsbury said.

The Trump Administration’s brash China policy may have brought the two countries to the brink of a trade deal, but it is still possible that the president’s undisciplined tweets and claims may prevent a final agreement. There are signs that China is prepared to make concessions on some American priorities such as intellectual property rights, but at this point, a reversion to the pre-trade war status quo would be a victory for American businesses and consumers.

Posted by CaptainKudzu at 10:01 AM