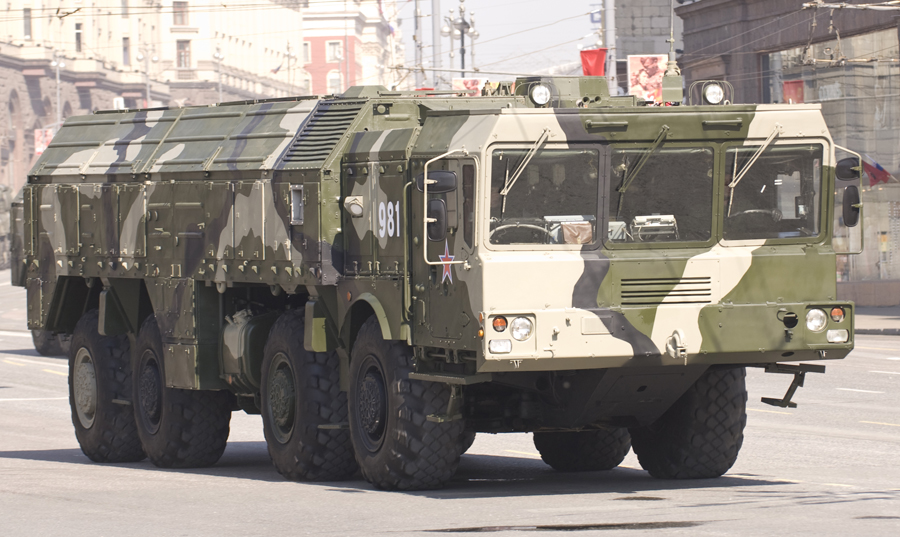 The New York Times reports that two battalions of SSC-8 missiles have already been deployed in violation of the INF treaty, which banned the deployment of land-based intermediate-range nuclear missiles. One battalion was reportedly still located at the missile test site near Volgograd in southern Russia while the second had moved to an operational base. The Times’ source in the Trump Administration did not provide the location of the second battalion. One battalion of the missiles reportedly includes four mobile missile launchers with about six missiles each.

The estimated range of the SSC-8 is between 300 and 3,400 miles according to GlobalSecurity.org. This is the class of missile that was banned by the INF treaty. The group points out that the weapon system may be intended to generate parity with the China, which was not a party to the INF treaty, and which also falls within the SSC-8 range. Nevertheless, deployment of the missile in Europe would also threaten NATO countries.

First reports of the new missile date back to 2007 according to Popular Mechanics. In 2014, the US government gathered enough evidence to accuse Russia of violating the INF treaty by testing the SSC-8. The Obama Administration attempted to pressure the Russians into stopping development of the missile to no avail.

“Nobody has formally accused Russia of violating the treaty,” Kremlin spokesman Dmitry Peskov told the BBC. “Russia has been and remains committed to its international commitments, including to the treaty in question.”

The Trump Administration has already been challenged by missile testing from Iran. When the Iranians tested a missile in January in violation of President Obama’s nuclear deal, the Trump Administration responded by enacting new sanctions on people and companies related to the missile program and the Revolutionary Guards Quds Force.

In 2014, Gen. Phillip Breedlove, then commander of NATO, warned against ignoring the development and deployment of the SSC-8. “A weapon capability that violates the INF, that is introduced into the greater European land mass is absolutely a tool that will have to be dealt with,” he told the New York Times. “I would not judge how the alliance will choose to react, but I would say they will have to consider what to do about it. It can’t go unanswered.”


Originally published on The Resurgent
Posted by CaptainKudzu at 9:04 PM