'Stop and frisk' and the presidential campaign 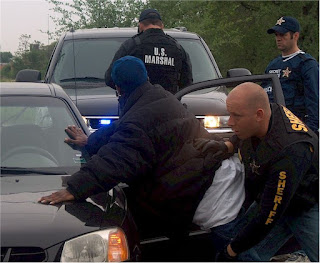 A brouhaha involving police “stop and frisk” policies has erupted since the presidential debate. In a moment reminiscent of Candy Crowley’s exchange with Mitt Romney from 2012, moderator Lester Holt and Hillary Clinton faced off against Donald Trump over Trump’s stance in favor of “stop and frisk” searches. Holt and Clinton claimed that the tactic was ruled unconstitutional while Trump argued that it was not.

The story doesn’t end there, however. The Wall Street Journal pointed out that, as Trump said, New York appealed the decision and was granted a stay of the injunction. The Journal notes that such a stay is a good indication that, in the court’s opinion, the lower court ruling is likely to be reversed. The appeals court never ruled on the issue because New York mayor Bill De Blasio took office and changed NYPD policy to stop the searches.

Donald Trump was right on the facts in this case, but a larger question is why “stop and frisk” is an issue in the presidential campaign at all. The tactic would be more appropriately discussed in state and local elections since the federal government does not operate a national police force that conducts routine patrolling of urban neighborhoods.

In essence, the debate becomes one of the expansion of presidential power into local policing. It is by constitutional design that the federal government is separate from the NYPD and other local police forces. The president does not and should not have a role in telling local law enforcement what tactics they should use in their own communities.

Some believe that federal control of local police has been a goal of the Obama Administration. Lance Eldridge of the Police One blog points out that the federal government exercises control over local police by lawsuits that directly affect police procedures. More insidious, Eldridge continues, “federal intervention is through the use of federal grant money, which in turn demands that receiving departments comply with federal standards of implementation and accountability.” As local police become more dependent on federal funds, the federal government exerts more control.

The framers of the Constitution limited the role of the federal government and reserved most governmental powers to the states. The power to determine the tactics of local police forces is not one of the delegated powers of the Constitution. The basis for federalism is that leaders at the state and local level are best equipped to know and determine what policies work best for their communities.

In pushing “stop and frisk,” Donald Trump scored a rare victory on the facts, but nevertheless loses on the basis of exceeding the president’s constitutional authority. President Trump would have no legal ability to force police departments to use his preferred tactic. Under the separation of powers, he would not even be able to influence courts to rule in favor of “stop and frisk.”

In the end, the debate is likely to hurt Trump more than help him. Trump has tried to make appeals to the black community, but promoting “stop and frisk” may backfire. A 2013 Quinnipiac poll found that 67 percent of black New Yorkers opposed the tactic. Last week, a Morning Consult poll found voters nearly split on the issue, but did not offer a racial breakdown.

Given the unpopularity of “stop and frisk among black voters, Trump may have damaged his already tenuous appeal to minority voters with his backing of the strategy. The damage was unnecessary since President Trump would have little, if any, authority to carry out his program of expanded police stops.

Posted by CaptainKudzu at 4:51 PM