Why the Democrats lost 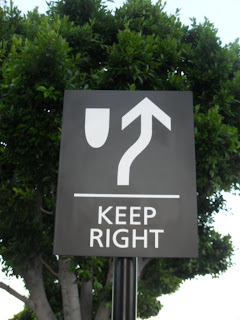 When the Democrats suffered losses of historic proportions in the midterm elections this week, there was some question as to what message the voters intended to send. Some Democrats believed that the election could have turned out differently if their candidates had simply done better at communicating or educating voters about their accomplishments.

The truth is that the reason the Democrats lost can be summed up in a few statistics. Voters asked themselves whether they are better off now than they were four years ago when the Democrats took control of both houses of Congress or two years ago when Barack Obama was sent to the White House.

President Obama and his economic advisors had claimed that if his policies, especially the stimulus bill, passed, that unemployment would go no higher than 8%.

To get that high rate of unemployment, it took trillions of dollars in government spending. In the 2008 presidential campaign, Obama had promised to “… go through the federal budget, line by line, eliminating programs that no longer work and making the ones we do need work better and cost less...." He also has repeatedly blamed the current federal deficit on President Bush.

In November 2006, the total federal debt (the total amount the federal government owes) was $8.57 trillion. Two years later, after the bailouts passed by President Bush and his Democratic Congress, the federal debt had risen to $10.62 trillion. After President Obama’s bailouts and stimulus, the debt had reached $13.71 trillion just before this year’s election.

The statistics for the federal deficit (how much more the government spends than it takes in) show an even more disturbing trend. As the Republicans lost control of Congress in 2006, President Bush’s deficit stood at 1.85% of GDP (gross domestic product). After the Bush-Reid-Pelosi bailout of Wall St., the deficit had increased to 3.18%. After almost two years of President Obama’s leadership, the deficit is at a staggering 10.64%.

President Obama and the Democrats have almost spent us into oblivion with very little to show for it.

Finally, there was the arrogance and hubris of the Democrats. The general attitude was that with majorities in both houses of Congress, the Democrats could pass whatever they wanted and justify it to the voters later. A president that had promised to allow five days of public comment before passing laws urged his legislature to vote on bills without having time to read them. After a promise to “drain the swamp,” the corruption and backroom deals in Congress seemed to increase, if anything.

The passage of Obamacare was emblematic of the out-of-control government. In the months leading up to the passage of the Democrat’s signature piece of legislation, public opinion had turned decisively against the bill. Just before the final vote, most Americans opposed the Democratic version of reform by a margin of 41-54%.

As they disregarded the clear will of the people, the Democrats wagered that either the public would grow to love the new law as they learned what was in it or that President Obama’s charm would salvage their re-election campaigns. Neither came to pass.

Most of what the public learned about Obamacare’s surprises was not pleasant. There was the failure to include the promised provision to guarantee coverage regardless of pre-existing conditions. Businesses were aghast at the provision to require 1099s for transactions greater than $600. There was the government takeover of the student loan industry hidden within a reform of health law. There were rising premiums and shortages of insurance. And there were a host of new taxes.

Just before the election, a strong majority favored repeal of Obamacare by 58-36%. This was an issue on which the opponents held strong opinions. Forty-five percent strongly favored repeal while 27% were strongly opposed. President Obama’s charm did not overcome the deficit of public opinion.

The Democrats lost for a variety of reasons. Their policies were demonstrated to be expensive and unworkable. They did not follow through on key promises to fight corruption and waste. The final straw was to ignore the American voters as they yelled, “Stop!” The problem was not that the voters knew too little about the Democrats; they knew too much.

Posted by CaptainKudzu at 9:04 PM