What next for Republicans? 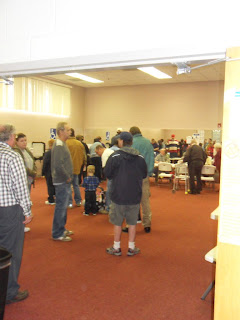 As returns come in across the country, all signs are pointing to a Republican landslide of historic proportions. It is apparent that the Republicans will win control of the House of Representatives, but control of the Senate is still in doubt.

Before Republicans celebrate too early, however, it is important to note that most people will be voting Republican, not because they like Republicans, but because the Democrats have made them angry and afraid. Over the past eighteen months, Democrats have rammed through a string of unpopular, expensive, and ineffective programs over the loud objections of a majority of Americans. It was assumed by the Democrats that when these programs took effect, they would become more popular. This has not happened.

As a result of ignoring the wishes of the electorate, the Democrats have lost the majority of independent voters. Since neither party has enough adherents to form a majority, it is the independents who decide elections. President Obama and the Democrats won independents handily in the 2008 election by promising bipartisanship, an end to corruption, and moderate policies. Instead, we have seen the Democrats effectively ignore the rest of the country and shift to the far left. Instead of openness and honesty, we find laws passed without even giving congressmen the time to read them.

First, the government needs to listen to the people. Government officials are public employees, not overlords. In the past, incumbents were practically assured of re-election. That has changed. This year incumbents of both parties have realized that they people are now paying attention, they are angry, and they are tired of the same old politics from Washington.

Second, the people are tired of expensive and intrusive federal programs. Americans realize that they can’t go on running up credit card debt indefinitely without facing the consequences. It is high time that our government officials realized the same common sense applies to governments as well. Americans are generally independent and self-reliant people. Most of us just want to be left alone to live our lives without interference. As a people, we don’t like to be talked down to or told what to do. This attitude goes all the way back to the Revolution.

Government has a legitimate role. Americans aren’t anarchists. We believe that the role of the government is spelled out in the Constitution. We don’t generally mind if the government establishes a temporary safety net for those who are down on their luck. Most of us don’t want this to be permanent however.

Americans do want our elected officials to be honest. Republicans (and Democrats) should hold themselves to a higher standard and avoid any appearance of impropriety. As the continual revelations of misconduct from both parties appear, it undermines the faith of Americans in their government. Without faith in the institutions of government, democracy cannot succeed for long.

Americans need to claim the promise that God gave to King Solomon in 2 Chronicles 7:14: “…if my people, who are called by my name, shall humble themselves, and pray, and seek my face, and turn from their wicked ways; then will I hear from heaven, and will forgive their sin, and will heal their land.”

As a country, we face many seemingly insurmountable problems. We have a crisis in which trillions of dollars of debt is acting as an anchor on our economy and threatens to enslave our children. We are deeply divided politically and emotionally. Large numbers of our countrymen are out of work and losing their homes. Our young men and women are fighting and dying in two wars. We are under constant threat of terrorist attack. A country that is our sworn enemy is on the verge of obtaining nuclear weapons and missile launch capability to deliver them to our shores. These and other problems may constitute an insurmountable “perfect storm” for men, but not the God of our fathers, the Divine Providence who inspired and aided in the creation of our country.

Finally, Americans do want our elected officials to keep their promises. When we were told that our health insurance premiums would go down, that we could keep our current insurance if we wanted, and that the stimulus would bring lower unemployment, that was what we expected. When the Democrats promised fiscal restraint and to “drain the swamp” of corruption, people voted for them because that was what they wanted. Republicans should remember that they promised to work for the repeal of Obamacare, cut spending and the size of government, and keep taxes low. If they do not keep their promises and listen to the people, the Republicans will not remain in power very long.

Posted by CaptainKudzu at 12:28 AM