Is the Democratic Party losing its democracy? - Guest article by Carl Camon 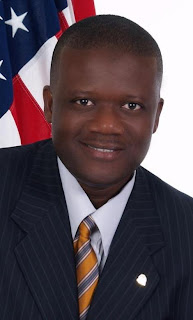 While I may disagree with Carl on policy issues, he is a Democrat that I can respect. I hope that people will listen to what he has to say. I can remember when Georgia was a totally Democratic state. Today the opposite is true. I think that, as Reagan said, Georgia didn’t leave the Democratic Party; the Democrats left Georgia.


Is The Democratic Party Losing Its Democracy?


It is… very clear to me that the people of Georgia and around the country have spoken loud and clear through the electoral process and have elected the Candidates of their choice. As Georgians, it is now time that we unite and try and bring our state back from the brink of economic disaster. It seems as though our state has maintained its “Red Status”, as a majority Republican state. As a Democrat, you don’t have to be a rocket scientist to understand why this continues to happen.

Over the past 15-20 years I have watched our the Democratic Party seemingly lose sight of almost everything that the party was built upon. Many of the Democratic leaders have sold out just to satisfy certain groups of potential voters and to retain their positions. Many have succumb to the pressures from various organized groups, such as the Gay/Homosexual/Transgendered community, even if it went against what they really believed. Others, whose parents would probably roll over in their graves have embraced Abortion, when deep down in their hearts they know that it’s wrong. Even more Democrats have distanced themselves from traditional Christian values, and have allowed others to seemingly obtain a monopoly on Christianity and some seem very comfortable in allowing them to do so.

Traditionally, most of my family has voted Democrat, and I chose to become a Democrat because I am a Christian and I believed in the values that our party once possessed. As a 2010 Gubernatorial Candidate, my views were aligned with what most of the “Old Democrats” used to believe, and because of that, many “New Age Democrats”, may have felt that my message seemed outdated. However, it wasn’t outdated, but it appeared to be that way because the “so called leaders” in our party had strayed so far away from traditional Christian values, that what is right seem to be wrong, and what is wrong seem to be right. During my run for Governor, very few if any of the Democratic leadership embraced my message of “Hope for all of Georgia”. Why? I believe that they were set in their ways and felt that they knew what was best and who was best for the people of Georgia, but it is clear to me that most Georgians don’t think so. Many of them questioned why I even decided to run. There were even attempts to silence me by ignoring me or not inviting me to various functions, but I refused to allow that to stop me from representing those whose voices had been ignored for far too long (all the people of Georgia). Several times I wondered if I was in the right Party, then I quickly realized that I was, but it was just our message that was wrong.

After the Primary elections, I still felt an uneasiness, with regards to the Democratic Party in Georgia. I felt that we hadn’t done enough to get back to our roots and our traditional values. It seemed as though things were going in slow motion, at least for some of our Democratic Candidates. As Democrats, we can no longer rely solely on telephone calls from famous or well known Democrats, to get the job done. We have got to start listening to the needs of the people and stop putting all of our eggs in one basket and hoping that most survive the trip without getting cracked. We have got to rethink who we really are and for what and for whom we should be taking a stand for. As a result of the Georgia Democratic Party’s inability to take a stand for what is right and do what is honorable, even if it is unpopular; we continue to see the demise of what was once a strong united force for all of the people of Georgia. As I watched the results come in, I knew that we were in trouble. I didn’t think that we were in trouble because we had elected another Republican Governor, and a majority of other Republican state officials, but rather because the Democratic Party had failed once again to listen to the people of Georgia. I applaud and highly respect former Governor Roy Barnes for attempting to revive our party and for acknowledging the fact that we must focus our attention on issues that affect Georgia and Georgians, rather than what can be obtained by holding a political position. Until we can get ourselves and our party together, we’ll continue to get the same results. Until we stop looking at how much money a candidate has and start looking at what that candidate has to offer, we’ll continue to get the same results.

I was taught to never complain unless I offered some solutions. If we are once again become a formidable force in the State of Georgia and around our country, we must at least make a start with the following five steps:

• Democrats must clearly define what it is that we propose to accomplish for our state and its people and ensure that the people know what that is.

• Democrats must return to a sure foundation, which is based on Christian Principles and Moral Standards and clarify our position on issues of importance to the electorate.

• Democrats must rely on the voice of all Democrats and not just on a small group of party leaders to dictate policy for the party.

• Democrats must embrace lesser known candidates who bring with them a fresh face and logical ideas to the political process and the democratic way.

• Democrats must adopt measures to ensure that the voices of all the people of Georgia are heard, regardless of political affiliation.

As Americans, we should continue to respect our democracy and as Georgians, we should all respect and support our next Governor, Governor-Elect Nathan Deal in any way that we can, as long as he puts all of the citizens of Georgia first.