Why you should get the COVID vaccine

Vaccine shipments have begun in the United States. Trucks are rolling and a FedEx pilot friend posted on Facebook that he was flying the first airborne shipment from Pfizer’s plant in Michigan. Considering that this time last year, most of us had never heard of COVID-19, the disease which will have killed 300,000 Americans by tonight, the deployment of a 90-percent effective vaccine is nothing short of a miracle.

Last spring, I remember people saying that we might never have a vaccine, much less one that is so effective and available in such a short time. They pointed out that there was no approved vaccine for humans against any Coronavirus. But now we have two approved vaccines with more on the way. 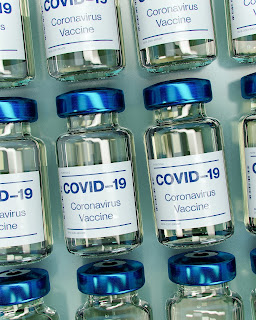 This is one area where Donald Trump was right. Way back in May, the president predicted a viable vaccine by year’s end. Here we are, two weeks before the New Year and the first American was vaccinated this morning. Sandra Lindsay, a critical care nurse in Long Island, has earned a place in history.

We have developed a vaccine, but that may have been the easy part. The next hurdle will be convincing people to take the vaccine. After conspiracy theories about tracking chips and mind-control devices in the vaccine proliferated during the spring, many Americans doubted that they would take the drug.

That number has increased over the past few months as the virus has surged around the country, however. A new ABC News/Ipsos poll shows 80 percent of Americans now say they will get the vaccine.

With the virus concentrated in places like New York last spring, many Americans didn’t grasp the seriousness of the situation. Now, with rural communities being hit hard, very few people don’t know someone who has been seriously ill or who has died due to COVID-19.

In my case, I now know several middle-aged people who are in the hospital with COVID-19. Kelley, the friend that I wrote about nine days ago, is still on the ventilator struggling to breathe. It looks as though she will survive, but it will be with massive hospital bills.

Another friend survived the virus in July. He told me over the weekend that he still has problems with long-term memory and clear-thinking that he didn’t have before the virus.

But there are still people who believe the disinformation. For instance, a friend recently reposted this tweet by a Blaze writer.

Schaffer evidently does not understand that he is comparing apples and oranges. Actually, he’s comparing a bad apple because his 99 percent number is wrong, at least in terms of confirmed cases. The mortality rate for confirmed COVID cases in the US is three percent, not one percent.

But the bigger issue is that Schaffer conflates two different statistics. He compares the mortality rate to a vaccine effectiveness rate. The body’s immune system might keep you from dying, but the vaccine keeps you from getting sick in the first place. If you wonder which is better, I have some friends you can ask, although in Kelley’s case, you’ll need to wait until she’s off the ventilator.

People like Schaffer ignore the fact that death is not the only bad outcome from getting Coronavirus. There is still a lot we don’t know about the long-term effects of COVID but we do know that for many people the symptoms don’t go away quickly. The Mayo Clinic also notes that the virus can cause possibly permanent damage to the heart, lungs, and brain and increase risk for other health problems in the future.

But what if you’ve already had COVID-19? The CDC recommends that people who have survived COVID should also be vaccinated, but current COVID patients should wait until they have recovered and met the criteria to end isolation.

If 80 percent of Americans get the vaccine, that will probably be enough to give the country herd immunity, but you are not a herd. You are an individual. Broad vaccination can end the pandemic, but if you are exposed to the virus and not vaccinated, you can still get sick and die, even if the pandemic is over.

There are only three categories of people who should be cautious about getting vaccinated per the CDC guidelines:

For me, my only real concern about the vaccine came from the FAA. There were concerns that taking a vaccine not approved by the FAA could cause pilots to lose their medical certificates, which would result in being grounded. However, the FAA has now blessed the Pfizer vaccine for both pilots and air traffic controllers.

Those who are still concerned that the vaccine is a Trojan horse for some nefarious purpose should have their fears allayed by President Trump. The White House initially planned to give its employees priority for vaccination, but the president has since backed off. Due to a limited supply of vaccines, healthcare workers and nursing home residents will get top priority. Still, President Trump has announced on Twitter that he intends to be vaccinated himself.

re’s a saying that no soldier wants to be the last to die in a war. I think that sentiment should also apply in a pandemic. No one should want to be the last person killed by COVID or the last person on a ventilator in the pandemic. So, get the vaccine when you can and, until you can, keep social distancing, washing your hands, and wearing a mask.

Simultaneously posted to The First

Posted by CaptainKudzu at 11:33 AM