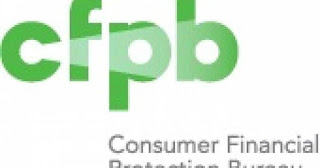 Chaos is breaking loose at the Consumer Financial Protection Bureau as two Acting Directors engage in a battle for control of the agency. The Acting Director chosen by the agency’s former head has now filed suit against the Trump Administration to block the president’s pick to lead the agency.

Then things got weird.

Leandra English refused to step aside and accept President Trump’s nomination of Mulvaney. Sunday night, English filed suit against the Trump Administration to block Mulvaney’s appointment. The Hill reports that the CFPB head counsel is expected to resist English’s suit. This puts English in the somewhat unique position of fighting the agency that she purportedly heads in court.

Noah Feldman at the Chicago Tribune explains that the CFPB, like the Federal Reserve, is an independent agency in which the director is insulated from presidential control and can only be fired for cause. Therefore, if Cordray is allowed to appoint his own acting successor, English would also be protected from termination by Trump. The White House Office of Legal Counsel issued an opinion that President Trump had the legal authority to appoint a different acting director if the appointee had already been confirmed by the Senate, as Mulvaney had.

Ultimately the issue is whether the CFPB is under presidential control at all. In 2016, a federal court ruled that the CFPB power structure created by the Democrats was unconstitutional and left the agency director unaccountable to Congress or the president. The ruling is now under review by the full DC circuit court.  Fifteen state attorneys general have filed briefs urging the court to require checks on the agency in accordance with the constitutional separation of powers.

Currently, the two acting directors are battling for the loyalty of the agency’s employees. The Washington Post reports that English emailed employees, saying, “I hope that everyone had a great Thanksgiving. With Thanksgiving in mind, I wanted to take a moment to share my gratitude to all of you for your service.”

Mulvaney responded with his own email instructing agency employees to “Please disregard any instructions you receive from Ms. English in her presumed capacity as acting director” and report any other communications from English to the agency counsel.

Mulvaney also included an enticement. “I apologize for this being the very first thing you hear from me,” he said in the email. “However, under the circumstances I suppose it is necessary. If you’re at 1700 G Street today, please stop by the fourth floor to say hello and grab a doughnut.” A subsequent tweet by Mulvaney’s spokesman showed several doughnut boxes with only one half of a chocolate-glazed remaining.

Originally published on The Resurgent
Posted by CaptainKudzu at 2:57 PM