The decline of marriage may be over 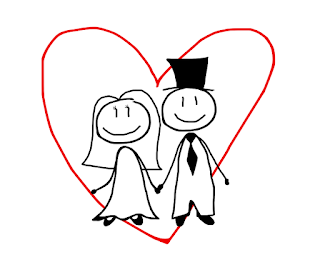 It is still too early to tell, but the decline of marriage may be reversing. New data shows that the number of divorces is falling while the marriage rate has ticked up slightly. Both changes have occurred for several consecutive years.

“The decline [of marriage] has stopped,” Wendy Manning, co-director of the National Center for Family and Marriage Research at Bowling Green State University, told Bloomberg.

The center’s research, based on census data, shows that the number of divorces has fallen for three straight years and is currently at its lowest level in 35 years. Conversely, the marriage rate, which has been declining since the 1970s, seems to have bottomed out and stabilized.

The data is based on the marriage and divorce rates for women aged 15 and older. A comparison chart from the center shows that the divorce rate has hovered around 20 since the 1980s and is currently at a low of 16.9. The marriage rate has continually fallen from a high of 76.9 in 1970 and now stands at 32.3.

There is no definitive answer on what has caused the trends in marriage and divorce to change. A major factor in the falling number of divorces could be that there simply aren’t as many marriages to begin with. Breakups by cohabitating or common law couples would not be reflected in the data.

More Americans are waiting longer to get married as well. ABC News reported in June that the average age at the first marriage had increased by about four years since 1970 for both men and women. Women are an average age of 25.1 and men are 26.8 when they first tie the knot. A few more years of maturity at marriage may contribute to fewer divorces.

Whatever the reason, fewer divorces and more marriages is an encouraging sign and a possible antidote to America’s entitlement crisis. Robert Rector, a senior research fellow at the Heritage Foundation, pointed out that the “principal cause” of child poverty in the United States was “the absence of married fathers in the home.”

Even the liberal Brookings Institution argues that marriage is an important antidote to poverty. Ron Haskins stressed that children who follow three simple rules have only a two percent chance of growing up to live in poverty. Haskins’ advice? “At least finish high school, get a full-time job and wait until age 21 to get married and have children.”

The news of more marriages and fewer divorces is something that Americans on both sides of the political spectrum can and should celebrate. It means that Americans are improving their own lives as well as those of the next generation. It may also provide the means to shrink the welfare state and attack the debt and entitlement crisis. That is a very good thing.


Originally published on The Resurgent
Posted by CaptainKudzu at 1:36 PM