Can America be saved? 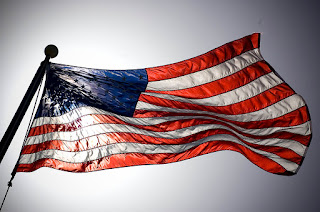 During the Obama Administration, a frequent rallying cry among conservatives has been the need to “take our country back.” The Obama era has brought the fundamental change that the future president promised in 2008, but has left many Americans feeling that the country is on the wrong track.

Much of the focus on restoring America is centered on restoring Republicans –constitutional conservatives in particular – to the White House. Winning the election of 2016, however, will prove much easier than reversing American decline. Many of the problems faced by the United States are in reality merely symptoms of deeper problems that may well prove impossible to fix, even with committed conservative Republicans in control of both houses of Congress and the presidency.

The most obvious of long term problems is the mounting federal debt. The debt, which has been increasing for years under both Republicans and Democrats, almost doubled under President Obama and now stands at more than $18 trillion. If this were not bad enough, the figure is incomplete because it does not include unfunded liabilities for items such as entitlement programs and federal pensions. The true debt is more than $100 trillion according to Forbes, an amount that the government will almost certainly never be able to repay.

Republicans under John Boehner deserve credit for attacking this problem, but their efforts have been woefully inadequate, due in no small part to President Obama. The sequester led to the first real cuts in the federal budget since the 1950s. At this point, federal spending has declined for three consecutive years for the first time since the 1920s, but while the deficit has been reduced, it has not been eliminated. The federal debt continues to increase, albeit at a slower rate.

Federal borrowing has also been aided by historically low interest rates over the past decade, but this cannot be expected to continue indefinitely. Currently, interest payments make up seven percent of the federal budget according to the Center on Budget and Policy Priorities. As the debt continues to grow and interest rates rise, payments on interest will crowd out other budget items. At some point, Americans will have to choose between national defense and entitlements.

The destruction of the family

Hidden behind many symptoms of American decline is the decline of the family. Statistics show that half a century ago, almost all children were born to intact families. Divorce was uncommon and most kids grew up with two parents. Today, almost half of first babies are born to unmarried mothers. Two things caused the change: birth control and the welfare programs of the Great Society.

Birth control eliminated the big reason that women had for abstaining from sex until marriage. The increased availability of sex outside of marriage eliminated a big reason for men to get married. Accordingly, marriage rates have dropped since birth control became widely available.

Complementary to birth control was the fact that, if a woman did get pregnant outside of marriage, the government would now subsidize the costs of raising children for single parents. Men need no longer feel the pressure to marry a woman that they had “knocked up.” Dad wasn’t needed because Uncle Sam would fill the void.

The problem is that a government check is not as effective a parent as an actual, flesh and blood father. Studies have shown that children of single-parent households are more at risk for juvenile delinquency and drug abuse than their peers and are more likely to live in poverty. They also tend to have more children outside of marriage, requiring more government financial assistance, in a vicious cycle that perpetuates itself and that will be harder and harder to break.

A less obvious threat to the future of the United States is the damage that President Obama has done to the balance of power between the presidency and Congress. After the 2010 elections, President Obama learned that he could bypass Congress to enact difficult-to-pass items of legislation through the administrative rulemaking process of executive agencies. Net neutrality and new carbon regulations by the Environmental Protection Agency are two examples of this.

When the Republicans took control of the House and then the Senate, Obama increasingly relied on Executive Orders and administrative rulemaking to advance his agenda. A well-known example is the president’s 2012 directive on immigration. Two more recent examples are the agreement with Iran, which Obama refuses to call a treaty because that would require ratification by the Senate, and this week’s revelation, reported by Maggie Gallagher in The Pulse, that the Equal Employment Opportunity Commission unilaterally criminalized workplace discrimination based on sexual orientation under the Civil Rights Act of 1964. The law, as written, does not include sexual orientation as a protected class.

Republicans have made attempts to rein in the president, but, all too often, these attempts fall victim to Democratic filibusters or the president’s veto pen. The Constitution is inadequate to deal with a president who has no respect for the rule of law. This was noted by framer John Adams who said, “Our Constitution was made only for a moral and religious people. It is wholly inadequate to the government of any other.”

It is unlikely that future presidents will not remember President Obama’s success at circumventing Congress with executive actions. It will be very tempting for Obama’s successors to adopt the same strategy of legislation by “a pen and a phone.”

The failure of the courts

Closely related to President Obama’s usurpation of congressional authority is the failure of the courts to adequately provide a check to unconstitutional laws and executive regulations. The appointment of liberal judicial activists for decades has eviscerated the judicial branch as a check to Congress and the president. The problem is not limited to the Supreme Court, but includes federal and state courts around the country, as evidenced by the plethora of state judicial decisions striking down definition of marriage of laws.

Likewise, the problem is not new. There have been many bad Supreme Court decisions throughout our history, notably the Dred Scott decision of 1857, but the idea of justices creating law rather than interpreting it stems back at least 80 years to the New Deal. In Wickard v. Filburn (1942), the Court ruled that the interstate commerce clause could be interpreted to mean that Congress could regulate commerce within a state, the opposite of what the Constitution says. Griswold v. Connecticut (1965) created the heretofore unknown “right to privacy” that led to other bad decisions such as Roe v. Wade (1973).

These earlier bad decisions are the direct lineage of more recent bad decisions like King v. Burwell (2015), in which a majority ruled that an “Exchange established by the State” can also mean “exchange set up by the federal government,” NFIB v. Sebelius (2012), where the Court ruled that Congress can tax people for not doing things it wants them to do, and Obergefell v. Hodges (2015), where a majority found that the dignity of homosexuals required the justices take defining marriage out of the hands of the states and place it into their own hands, the will of the people and the Constitution be damned. As Justice Scalia lamented in his King v. Burwell dissent, a judicial philosophy that allows judges to make “interpretive distortions… ignores the American people’s decision to give Congress ‘all legislative Powers’ enumerated in the Constitution.”

America’s core problems are deeply rooted in decades of progressive policies and social tinkering as well as a changing culture. The left has been very successful at shifting culture away from the liberty-focused, hardworking culture of our forefathers to an attitude of dependence on government. Top down policy changes cannot correct cultural issues. Conservatives must focus on changing the culture of America from the grass roots as well.

No one can say for sure how long America will continue to struggle along under the weight of these four possibly insurmountable obstacles. It might take decades for them to take their toll on the country. We might follow in the footsteps of Europe’s social democracies with a generation or more of stagnation and decline.

Or, just the opposite, our core problems might never run their full course. Outside influences – from ISIS to Iran to China – might hasten our decline since weakness is an invitation to adversaries. As Lenin said, “Probe with a bayonet: if you meet steel, stop. If you meet mush, then push.”

Posted by CaptainKudzu at 12:35 PM