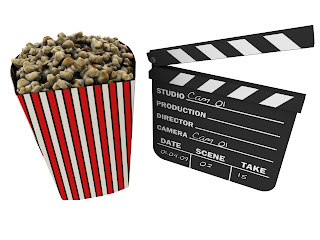 Georgia’s tax incentives for film companies provide an example of how low tax rates can spark an economic boom.  In 2008, Governor Sonny Perdue signed the Georgia Entertainment Industry Investment Act into law to create incentives for motion picture filming in Georgia.
The heart of the law is a 20% tax credit for companies that spend a minimum of $500,000 on production or post-production of films in Georgia.  Companies can also get an additional 10% tax credit for including a Georgia logo on the finished project (subject to qualification).  The credit is transferrable in the case that the company has little or no tax liability in Georgia.  In some cases, companies can also get a sales tax exemption for goods and services bought in Georgia, an incentive introduced in 2002.
Two years after the act became law, Georgia’s film industry is booming.  Georgia is one of the top five locations to film and the most popular in the southeast. The increasing number of films being made in Georgia has led to more jobs for Georgians.  These jobs range from acting in bit parts to casting to providing logistical support for film crews.  Although many of these jobs are part-time or temporary, they do provide relief for those who are unemployed from full-time jobs.  In total, Georgia’s film industry provides almost 25,000 jobs and $1.28 billion in wages for Georgia workers.
In addition to the tax incentives, film crews are also attracted by Georgia’s diverse locations.  The state has everything from beaches to mountains, farm fields to swamps, and small towns to major cities.  Production companies can also draw on experienced local actors for bit parts and background.
Many of the films made in Georgia have received critical and popular acclaim.  Some of the movies recently made in Georgia include The Blind Side starring Sandra Bullock and Tim McGraw, Zombieland starring Woody Harrelson, and Due Date with Robert Downey, Jr. and Zach Galifianakis.  Tyler Perry has also made a number of movies in Georgia that were also set in the state.
The economic impact of the tax incentives goes beyond the film industry however.  Property owners are paid when the studios use their property as a set.  In many cases, this includes government property as well.  Additionally, local hotels and restaurants sell food and rent rooms to on-location production crews.  Other Georgia businesses that deal with the production companies also earn sales revenues and, in the case of popular films, old production sites could lead to new tourism.
Unlike the film companies, which get tax credits, the other businesses and local workers pay their state and local taxes in full.  By giving film companies a break on their taxes, the General Assembly helped Georgia’s film industry to grow.  As more film money comes into Georgia, jobs are created and Georgia companies do more business.  This translates into more tax revenues for the state.
It might be tempting to say that large movie corporations don’t need a generous tax break, but without these incentives many of the companies would have filmed elsewhere.  Along with them would have gone the jobs and other assorted revenues.  However, in Georgia the General Assembly realized that when it comes to taxes, if you cut it, they will come.
Photo credit:
Francesco Marino
http://www.freedigitalphotos.net/images/view_photog.php?photogid=809

Posted by CaptainKudzu at 8:55 AM