Is Obama destroying the liberal agenda? 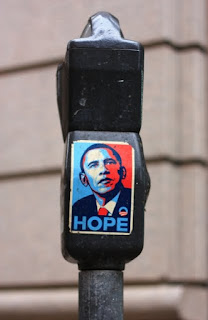 Barack Obama has been president of the United States for only about a year-and-a-half now. In that time, aided by large majorities in both houses of Congress, he has won a host of legislative victories on major programs. In spite of everything, the world is more dangerous than before he took office, the economy is stagnant, and the president is more unpopular than ever. The reason may be that the Democrats’ unfettered success exposes the utter failure of their ideas and leaves them with no one else to blame.

The cornerstone of the president’s legislative agenda was his healthcare reform bill. After almost a year of legislative wrangling and backroom deal-making, the bill finally passed. Almost immediately after passage, a host of problems became apparent. For example, in the scramble to pass the legislation before their fragile coalition cracked under the pressure of public opposition, the Democrats left out a much ballyhooed provision that would have enabled “children” up to 26-years-old to stay on their parent’s policies (http://huff.to/97bJ6T). Insurance companies volunteered to enact this coverage voluntarily.

More seriously, the healthcare reform that was supposed to lower healthcare costs almost immediately started driving costs up. A Health and Human Services report that was concealed until after the final vote revealed that Obama did succeed in “bending the cost curve” for health insurance (http://bit.ly/a3BZG8). The problem was that his reform bent the cost curve upward! The Democratic cost estimates used unrealistic cost predictions that did not survive a real world analysis. Further, several companies have already announced that the reform law will increase their healthcare costs (http://bit.ly/c6MJ7Z). President Obama’s healthcare reform, while a legislative success, is proving to be a spectacular and expensive failure in terms of lowering costs.

While the stimulus did create jobs, it did so at an enormous cost to the nation. First, there was much dispute over how many jobs the stimulus actually created. Many stimulus jobs were over counted leading to exaggerated claims of jobs created or saved ( http://bit.ly/9qNn5B). There is actually no accepted mechanism at all to count jobs saved in spite of White House claims.

USA Today, which is not a conservative newspaper, estimated that a single construction job cost more than $500,000 in stimulus funds (http://bit.ly/dudNjp). Other estimates put the average cost of each stimulus job at $117,933 ( http://bit.ly/9qNn5B ). This is a huge expense for a jobs program that still resulted in chronic 10% unemployment and underscores just how wrong Obama’s economic assumptions are.

Further, the collapse of the Greek economy and the rising debt loads in both Europe and the United States have shown in graphic terms where huge government spending programs ultimately lead. Greece finally reached a point where it could no longer borrow to finance expensive government programs and public sector salaries. Bailing out Greece has brought the euro to the edge of collapse and there are fears that the crisis will spread to other European countries. The debt level of the United State is not far below that of Greece (http://bit.ly/925qYh).

Finally, President Obama’s foreign policy has also not shown the desired result. The centerpiece of Obama foreign policy was the desire to repair America’s image in the world. He also wanted sit down and talk with leaders such as Iran’s President Mahmoud Ahmadinejad to solve issues such as Iran’s nuclear ambitions. His effort to reach out to the Arab world culminated in June 2009 with a speech in Egypt. He has also announced plans to withdraw from Iraq and Afghanistan. President Obama and Secretary of State Clinton have made several diplomatic initiatives to Iran, while threatening sanctions.

Polling does reveal that foreign approval of the leadership of the United States has improved under Obama ( http://bit.ly/bs463I ), but that fact has not translated into heightened safety for American citizens. Under President Obama, the US has withstood or narrowly missed a series of terror attacks. Since Obama has been president a terror cell was disrupted near Raleigh, North Carolina in July 2009, a plot to blow up NY subways was disrupted in September 2009; Maj. Nidal Hasan murdered thirteen soldiers at Ft. Hood, Texas in November 2009, an Afghan immigrant tried to blow up a Delta jet on Christmas Day, 2009, and a Pakistani immigrant tried to set off a car bomb in Times Square in May 2010.

Obama and his administration have been criticized sharply for treating terror suspects as civilian criminals rather than wartime (illegal) combatants. The decision to bring captured terrorists into the civilian court system jeopardizes the ability of the military to obtain and act on intelligence that might prevent future attacks.

With respect to Iran, President Obama has extended the olive branch only to have it ignored. Repeated calls for Iran to renounce its nuclear ambitions have gone unheeded. Even President Obama’s popularity in the UN and new treaty with Russia have not enabled him to pass meaningful sanctions against Iran. To the contrary, with Obama’s encouragement, Brazil and Turkey recently signed a deal to exchange uranium with Iran. The deal’s gaping holes will allow Iran to appear compliant while still building nuclear weapons (http://bit.ly/cUKhAC ). At the same time that Iran, a country that has been attacking the US continuously since 1979, is building missiles and nuclear warheads, President Obama is trading away the US anti-missile program began under President Bush.

President Obama has disappointed pro-democracy groups around the world by failing to speak out on their behalf. For example, Obama failed to support or encourage the democratic uprising in Iran at a time when the survival of the regime could have been at stake after the sham elections there. Likewise, the Obama Administration has been slow to criticize countries like China and North Korea over human rights abuses (http://bit.ly/d0McC2).

In contrast, President Obama has been quick to criticize and make demands of our allies. For example, the president made the unprecedented demand that Israel stop all construction, including natural growth in their capital city of Jerusalem (http://bit.ly/a6RzuE). In Honduras, the president supported ousted President Manuel Zelaya, who was constitutionally removed from power as he tried to follow in the footsteps of Hugo Chavez in becoming a lifetime president (http://bit.ly/9Ql9tX).

President Obama has achieved notable legislative victories and made notable steps in foreign policy during his tenure in office. With huge Democratic majorities in both houses of congress, it would have been unlikely that his policies would not have been advanced. However, the lack of results from the passage of these milestones is what Democrats should take notice of… and fear. We have seen with our own eyes that progressive economic programs are expensive and unworkable. We have seen how words fail to persuade murderous dictators and terrorists. With Democrats in firm control of both the legislative and executive branches of government, they have few others to blame for the failure of their programs to work.

Insanity has been defined as doing the same thing over and over while expecting a different result. The question now is whether President Obama and the Democrats will continue failed policies that have demonstrated themselves to be unworkable. If so, the country should vote for real change.