My Brush With Melanoma 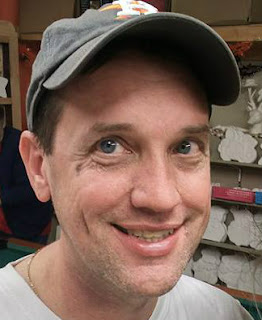 A few months ago, I had a dream that I was dying of skin cancer. For me, it is unusual to remember a dream and this one was so vivid that it disturbed me long after I woke up.

In the dream, the cancer started from a dark spot on my cheek. It was a mark that really existed and had for at least six years. The mark had become something of a joke because it resembled a gangster’s teardrop tattoo. (You can see it clearly in the picture above.) I had been getting regular checkups from dermatologists for several years. As we moved around the country, two different dermatologists had assured me that the spot was nothing to worry about, but that I should call them if it grew bigger or darker.

I already had my next checkup scheduled for the following month, but then things suddenly changed. I decided to accept a job offer which would require a move and, of course, new insurance. As I started the new job several states away, I had to look for a temporary place to stay as well as find a permanent home and get my family ready for the move. Through it all, as I waited for my new health insurance to become effective, the memory of the dream never left me.

It took longer than I wanted, but after we closed on our new home and moved in, one of the first things that I did was find a dermatologist. I didn’t really think that I had cancer since two dermatologists had examined the mark, but I wanted the peace of mind of another checkup, especially since one of my cousins had died from melanoma several years ago.

About three months after the dream, I went in for an exam. When the physician’s assistant walked in, he immediately noticed the mark. “How long have you had it?” he asked. “Has anyone ever done a biopsy on it?” The answer to that was no, so we decided to do one. A few minutes later, the nurse was scooping out a piece of my face to send to the lab. I left the office thinking that the biopsy would ease my mind.

Fast-forward to the next week when the PA called me with the test results. It was melanoma. Fortunately, he told me, it was small and seemed to be shallow. Nevertheless, they recommended having it removed and quickly.

If you don’t know, melanoma is the most serious type of skin cancer. Although melanoma makes up less than one percent of skin cancers, it is the cause of most skin cancer deaths. It typically spreads slowly, but if left untreated it can be deadly. In my cousin’s case, the cancer spread before it was discovered.

No one knows exactly what causes melanoma, but researchers have found certain risk factors that increase the likelihood. In my case, several of these risk factors apply to me. I have fair skin and got sunburned as a child. I have a lot of moles and, as I mentioned earlier, there is a history of melanoma in my family.

My primary occupation as a professional pilot also accounts for some additional risk. The risk factors of living at a high elevation or near the equator didn’t apply to me, but I have spent thousands of hours at high altitudes. The atmosphere protects people on the surface from much of the ultraviolet light and radiation from the sun, but jet crews and frequent fliers get a lot of exposure to solar radiation during high altitude flight.

It is telling that my melanoma was on my right cheek. I spent 10 years as a first officer sitting on the right side of the cockpit with my face near the side window. The melanoma was just below the area that my sunglasses cover.

Earlier this week, I went back to the dermatologist and the doctor used the Mohs technique to remove the cancer. With this outpatient procedure, the doctor removes one layer of tissue at a time until all the cancer is gone. In my case, the cancerous tissue was sent to the lab to ensure that none of it was left in my body. At this point, I’m still waiting for those results before I go back to have the wound closed with stitches, but the prognosis is good.

The actual surgery was almost painless. The staff used a local anesthetic that didn’t require fasting before surgery. I could have even driven myself home. The prescription for pain pills went largely unneeded and unused. I was able to return to the cockpit for a trip the next day, jokingly explaining my bandaged face by saying, “Don’t mess with a redhead.” (My wife is a copper-top.)

After I get patched up, I’ll make frequent visits to the dermatologist for the next few years until we are certain that the melanoma won’t recur. Even after that, I’ll keep going back for checkups. My wife and I will also keep an eye out for suspicious moles or marks on my skin. The mnemonic “ABCDE” tells you what to look for:

A - Asymmetric or irregular shape
B - Border that is irregular, notched or scalloped
C – Changes in color, such as uneven coloring or different shades
D – Diameter of new growth larger than ¼ inch
E – Evolving to meet the other red flags or to develop new symptoms such itching or bleeding

You can bet that I’ll also be wearing more sunscreen and hats than I did in the past. I accumulated a couple of cowboy hats while we lived in Texas. Cowboy hats aren’t as common in Georgia, where we now live, but they are ideal for protection from the sun.

I’ll also be thanking God for the bad dream I had, which now seems prophetic, as well as the new job that led me to the new dermatologist. If I had stayed in my old job, I would have gone back to my last dermatologist and the melanoma might have gone undiagnosed and spread. Without the dream, in the chaos of changing jobs and making a 700-mile move, I might not have made another appointment until it was too late. If events had not unfolded as they had, the end result might have been very different, especially since I learned later that the melanoma was already deeper than the doctor originally thought.

I’ll also be warning others about the dangers of skin cancer. Take the precaution of wearing sunscreen and covering up when you’re out in the sun. Don’t go to tanning beds. And if you or someone you know has marks on their skin that look like this, go see a dermatologist. Stat.

Posted by CaptainKudzu at 5:54 PM