What (Or Who) Is Bugging House Republicans? 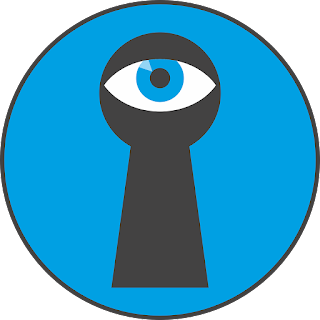 President Trump has hinted that there are “tapes” of his conversations with James Comey, but the Oval Office apparently isn’t the only place in Washington that is bugged. Earlier this week, the Washington Post published an account of a June 2016 meeting of the House Republican leadership in which Majority Leader Kevin McCarthy (R-Cal.) joked about Donald Trump being on the Russian payroll. Now House leaders are concerned that there might be more revelations from past closed door sessions.

Axios reports that Republicans are scrambling to determine the source of the leak even as they wait for the next shoe to drop. “The unknown is frustrating,” said one GOP aide.

The Post story notes that the conversation occurred on the day after news broke that Russians were responsible for the hacking of the Democratic National Committee. The conversation reportedly took place shortly after McCarthy and Speaker Ryan had met with Ukrainian Prime Minister Vladimir Groysman, who had discussed Putin’s tactic of “financing people in our governments to undo our governments” and using “very sophisticated” propaganda throughout Europe.

The Post reports that the remark drew laughs before Speaker Paul Ryan interjected, “This is off the record,” and admonished those present, “No leaks…. This is how we know we’re a real family here.”

Rohrabacher, like Trump, has a reputation as a defender of the President Vladimir Putin and the current Russian regime. In November 2016, Politico profiled Rohrabacher as “Putin’s favorite congressman.”

Adam Entous, the author of the Post story, says that the article was based on both a written transcript and “a recording of the June 15, 2016, exchange, which was listened to and verified by The Washington Post.” If Entous’s claims of a recording are accurate, it is possible that either someone at the meeting was recording the conversation or that a bug had been planted in the room.

There are two prime suspects for the source of the recording. One is that a bug was planted by a member of the Ukrainian delegation. The “Kiev, Ukraine” dateline of the Post story lends some credence to this possibility, but the Axios sources within the GOP say that it is unlikely since security teams regularly sweep the capitol for bugs and, to their knowledge, none has been found.

A more likely possibility, the sources say, is that the meeting was recorded by Evan McMullin, a leadership aide last June who became an independent presidential candidate. Jonathan Swan, author of the Axios story, says that his sources say that the Post denied that McMullin was the leaker and that there is no evidence that he was responsible. If McMullin was the leaker, it is unclear why he would wait to use the tapes now rather than during his presidential campaign.

Regardless of where the recording originated, Republican leaders are concerned about what leaks may come next. If the leaker was McMullin, he attended many private meetings and would have had the opportunity to record reams of sensitive information. If the bug is still active, it could be used to undermine GOP legislative strategies.

Leaks have become commonplace in Washington over the past few years. From the Russian leaks of Democratic emails to disaffected staffers leaking embarrassing information about Donald Trump to the president’s own leak of classified information to the Russians, it seems that no one in Washington can be counted on to keep a secret.


Originally published on The Resurgent
Posted by CaptainKudzu at 4:51 PM