Save the date: World to end this Saturday

The Georgia rock band REM famously sang, “It’s the end of the world as we know it, and I feel fine.”  However, since the song was released in 1987 the world has noticeably continued to exist.  Presumably REM feels fine about that too.
In recent weeks though, a Christian group has made news with the claim that the world as we know it will end this Saturday, May 21, with the return of Jesus Christ.  The group’s claim has spawned theological discussions of Christian eschatology throughout the mainstream news and entertainment media, some serious, most not.  There is even an event page on Facebook for “Post Rapture Looting” and a group of atheists offering to care for the pets of raptured Christians… for a fee of course.
At the center of the controversy is 89-year-old Harold Camping, leader of the Oakland, Ca. based Family Radio ministry.  Through selective use of Biblical scripture and misinterpretation of other verses Camping develops a mathematical formula for determining the date of the end of the world.
In an interview with New York Magazine, Camping describes what he thinks will happen on May 21: 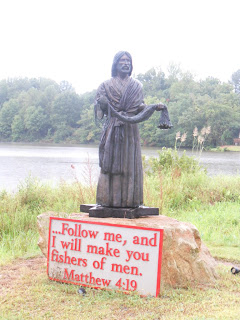 “When the clock says about six p.m., there’s going to be this tremendous earthquake that’s going to make the last earthquake in Japan seem like nothing in comparison. And the whole world will be alerted that Judgment Day has begun. And then it will follow the sun around for twentyfour hours. As each area of the world gets to that point of six p.m. on May 21, then it will happen there, and until it happens, the rest of the world will be standing far off and witnessing the horrible thing that is happening.”
In his zeal to spread his Christian version of numerology, Camping ignores several contradictory Bible verses.  The most damning verse for Camping’s theory is that Jesus himself said, “But about that day or hour no one knows, not even the angels in heaven, nor the Son, but only the Father (Matthew 24:36).  If no one knows except God then that certainly means that Harold Camping cannot know.
The Apostle Paul similarly wrote that “you know very well that the day of the Lord will come like a thief in the night. While people are saying, ‘Peace and safety,’ destruction will come on them suddenly, as labor pains on a pregnant woman, and they will not escape” (1 Thessalonians 5:2-3).  When Jesus does return, it will be without warning.
Further, the Bible disputes Camping’s vision of a twentyfour hour rapture.  Again quoting from the Apostle Paul, the Bible says that Christ’s return will occur “in a flash, in the twinkling of an eye, at the last trumpet. For the trumpet will sound, the dead will be raised imperishable, and we will be changed” (1 Corinthians 15:52).  Paul’s description of an instantaneous event stands in direct contrast with Camping’s belief that the event will slowly progress around the world.
The Bible also suggests a way to test those who claim to be prophets.  In Jeremiah 28:9, the Bible says that “the prophet who prophesies peace will be recognized as one truly sent by the Lord only if his prediction comes true.”  A man is a true prophet of God only if his prophecies come true.  In Camping’s case, he has already prophesied the end of the world once before and, as in the case of REM, the world continued on.  In his book 1994?, Camping predicted that Christ would return in 1994.  In the NY Magazine article, Camping notes that “I put a big question mark after it…  It was just a preliminary study that I've been able to complete during the last fifteen years.”  Camping was and is wrong because he cannot know when Christ will return.
Jesus did offer general clues about the state of the world prior to his return.  A sermon that Jesus preached about his second coming is found in Matthew 24, Mark 13, and Luke 21.  This sermon is known to theologians as the Mount Olivet Discourse because it was delivered on the Mount of Olives just outside of Jerusalem.  The Biblical books of Daniel and Revelation are also associated with end-time prophecies, but deal chiefly with events that occur during the final seven years of earth, a time known as the Tribulation Period.
Camping’s prediction comes in a year in which Muslim imams and Jewish rabbis have already made claims that world events indicate that the coming of their respective messiahs may be imminent.  The ancient Mayans also allegedly predicted that the world would end next year in 2012.  Religioustolerance.org notes that there are over “seven dozen” documented prophecies concerning the end of the world as we know it (“TEOTWAWKI”).  The common thread between them is that they never came true.
Jesus did speak of people who would propagate false theories about the end of the world and his coming.  He called them “false prophets” and suggested that they would “perform [false] signs and miracles” in an attempt “to deceive the elect – if that were possible” (Mark 13:22).
As David Gushee, professor of Christian Ethics at Atlanta’s Mercer University noted for another Atlanta Conservative Examiner article, “According to the New Testament, Jesus will one day return to earth. But he also said that no one knows the day or hour of his return. The only proper posture for the Christian is to ‘be always on the watch.’  We must live in a way pleasing to Christ whether he is to return tomorrow or in 10,000 years. All speculations that a certain sequence of events now definitively means that the messiah will soon come should be rejected, even though they seem to be a quite natural response of human beings to the stressful and sometimes terrible events of life on earth.”
http://www.examiner.com/conservative-in-atlanta/save-the-date-world-to-end-this-saturday">

Posted by CaptainKudzu at 11:13 AM